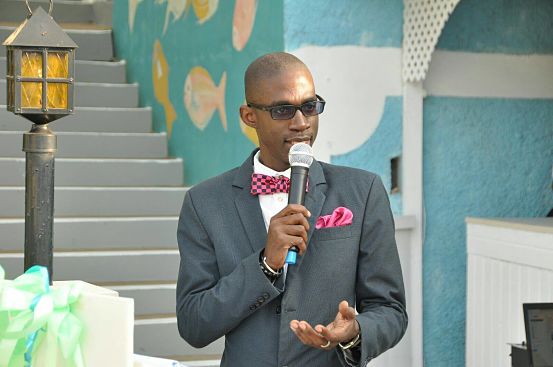 PLAYING HIS PART: “I’m really interested in showing the relationship between art and technology,” shares Clarke, bonding with the cast of The Black That I Am (below).

It’s no easy task to fill shoes previously occupied by the peerless Pat Ramsay, but Philip Clarke is up for the challenge. Since January of this year, the award-winning actor and lifelong creative artist has been serving as head of the Centre for the Arts (CFA) at the University of Technology (UTech), a post that gives him overseer responsibility for the school’s art education programmes. In addition to introducing students to career opportunities in the creative arts, Clarke sees to the upkeep of the world-famous Caribbean Sculpture Park.

It’s a full-time job, replete with challenges, but he’s thrown himself into it with relish. “I actually feel like I’ve been preparing for this job for quite a while. It’s an extension of who I am, and I enjoy every aspect of it,” Clarke, a son of St. James, tells TALLAWAH, seated behind his work desk in a cozy corner office boasting bookshelves, a few pieces of wall art and trophies. “I bring a positive attitude to everything I do, so I enjoy the fact that I get to oversee the cultural aspect of the university.”

The above-mentioned tasks aside, Clarke’s responsibilities also include supervising the electives on offer in music, dance and drama, among other areas. But, as someone who consistently pushes himself to go the extra mile, Clarke wants the Centre, under his watch, to offer more. “I’m really interested in showing the relationship between art and technology, because that’s the way for the future,” he insists. “I want us to see the arts in a more diverse way.”

Since assuming office, he has used his position to lobby for greater collaboration between the Centre for the Arts and the schools of engineering and architecture, getting the students more involved in artistic pursuits to go along with their science-based studies. 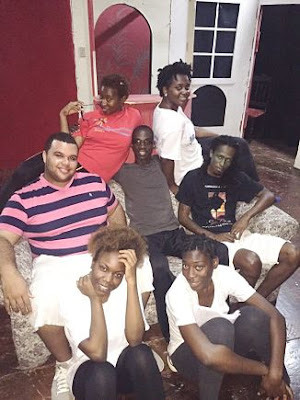 And it’s been working. Today (with a new building in the planning stages), the CFA is a bustling hub of the creative arts, catering to scores of emerging talents in a range of disciplines that’s been expanded to include app technology. But that’s not all. The reach has been widened to include the neighbouring Papine community.

And just in time for summer, Clarke and his team are spearheading a brand-new initiative, the Digital Tech Meets Art and Culture kids summer fest (an annual event, starting July 4), which will be attended by a host of kids from in and around the area. A brainchild of Clarke, whose MoBay-based Dance Spirit Performing Arts Company started in 2001, the month-long kids fest promises fun, educational and entertaining activities galore for children aged six to 14 years.

“The aim is to connect kids to their culture by meeting them where they are,” Clarke, a fortysomething UWI Mona and University of Leicester graduate, explains. “We want to inspire them, teach them new things and just show them the possibilities of a life in the arts.”

It would appear that when it comes to unearthing and nurturing young talent, Philip Clarke has found the perfect environment in which to combine the joys and possibilities of work and play.