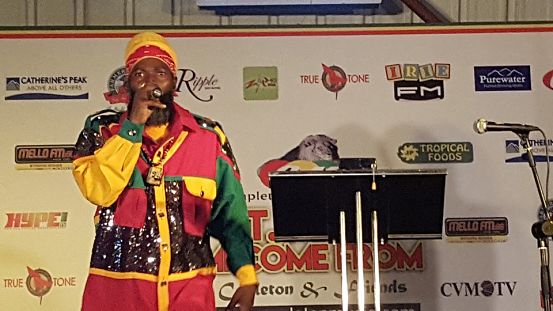 ON MESSAGE: The iconic deejay addressing the audience at Tuesday's well-supported launch in Kingston; (below) with a pair of female fans.

There are certain events on the local entertainment calendar that, once they’ve made a dent in the pop culture psyche, people will not let them just disappear from the scene. Count Capleton’s signature event Ah St. Mary Mi Come From among them. The megaconcert and kiddies treat was not staged for the past three years, and fans has been clamouring for its return. Now it’s back, set for Saturday, August 5, at its new home of Gray’s Inn in Annotto Bay, with a supersized entertainment package that promises value for money.

According to Capleton (né Clifton Bailey), this 12th staging of the re-energized event feels like a fresh start. “It’s the reinvention of the show, so we’re looking forward to more support than before,” he tells TALLAWAH, looking regal in his ‘fiery’ garb at the official launch, held at 28 Courtney Walsh Drive in Kingston, on Tuesday night.

Bailey, who treated the sizeable audience to an impromptu performance, said the core objective of the show remains the same: putting on a stellar production and making charitable contributions to the people of his birth parish. What’s more, he emphasized that team effort is paramount. “Without unity it nah go happen as it supposed to. Unity is the ultimate power; that’s why Ah St. Mary Mi Come From is so successful.”

Leading the charge at Capleton Music Inc is the iconic deejay’s manager Claudette Kemp, who echoed his sentiments about joining forces. “We must give thanks to the sponsors,” she stressed. “This is our breakthrough year. The vision came to me separate the children’s treat from the concert to attract more sponsorship, and I think it worked.” Red Stripe, Catherine’s Peak, Tropical Foods, CVM TV and Cal’s are among the nearly one dozen sponsors. 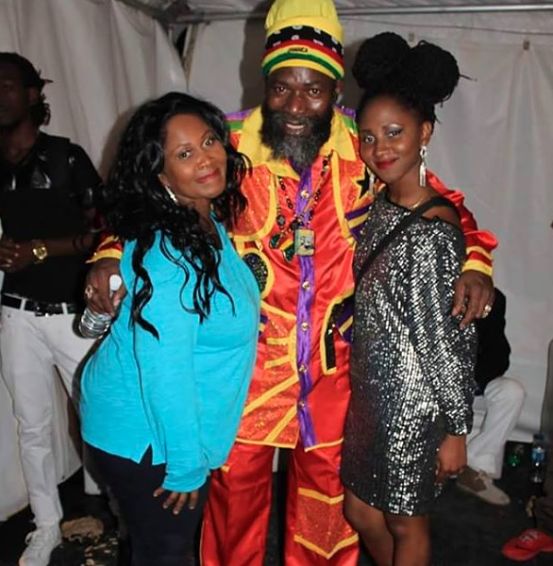 Mayor of Port Maria, Levan Freeman, stressed the importance of Ah St. Mary Mi Come From for not just the economy of the parish but for boosting morale among residents young and old. “Sometimes I have to wonder if it’s for profit or for charity because of the large number of charities that continue to benefit from it,” he observed. “In St. Mary, we look forward to having it and supporting it. So we’re glad it’s back. There are challenges, but we’ll work together as always to make it a success.”

Keynote speaker Carolyn Cooper was quick to highlight the bigger picture, drawing attention to Capleton’s altruism and penchant for positivity. “[This show] makes a vital contribution to the parish and is an important fundraising vehicle,” she told the gathering. “What Capleton has done is turn this event into a statement on the power of dancehall and an example of what we can all do to contribute to something bigger. He remembers where he is coming from, consistently recognizing that we have to give back to society and carrying forward the message of positivity.”