GETTING TO KNOW: Dancer Marlon Simms talks about the icons, pre-performance jitters, and his pop-culture faves 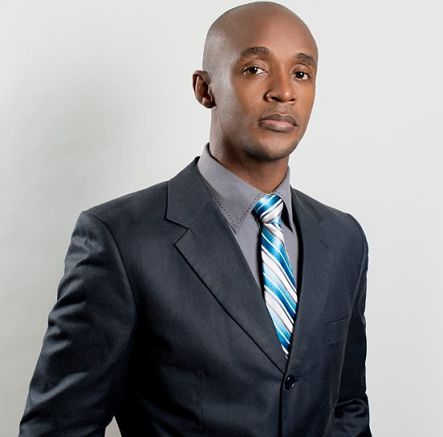 STRONG SUIT: "Going over the dance in my head is critical," says Simms, who counts Nettleford and Chevannes among his former mentors.

“I couldn’t have asked for better opportunities in my life. The work that I do comes with huge responsibilities, and it’s one that keeps me humbled to know that I was asked to do it,” reflects Marlon Simms, enjoying a much-needed break inside the NDTC rehearsal studios, after wrapping a high-energy class with a group of teen girls doing the Edna Manley College summer school programme.

At 39, Simms is a man who wears many hats in the local dance world. In addition to being a faculty member at the School of Dance for the past 10 years, he’s an acclaimed performer and choreographer, admired for his poise and intellect and, since 2013, the Associate Director of the National Dance Theatre Company of Jamaica. As the internationally renowned company embarks on his 2016 season, Simms invites us into his world, dishing on the principles and people that guide his life – and the culture picks he can’t get enough of.

My favourite books and most memorable reads: “I have been a literature lover all my life, but I have a particular weakness for Caribbean novels. I enjoyed Earl Lovelace’s The Wine of Astonishment and The Schoolmaster. I also like Chinua Achebe’s books. And one of the most beautiful novels I’ve ever read is The Stones Cried Out, a modern-day story, by Japanese author Hikaru Okuizumi. Highly recommended.”

The best films I ever saw: “The first instalment of The Matrix really opened by eyes, and the cinematography was amazing. The Sixth Sense was also appealing to me. I like when books become films, so The Devil Wears Prada is a favourite of mine. I think Meryl Streep played that character perfectly.” 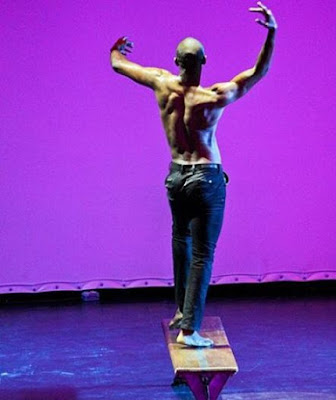 The icons and mentors who changed my life: “Dance has four – Bert Rose, Barry Moncrieffe, Clive Thompson and, of course, Rex Nettleford. And I worked closely with all of them, which was a huge honour. Before he died, Professor Barry Chevannes was one of the persons I spoke with about where I wanted to go academically. He was very helpful.”

The musicians I’m always impressed by: “I do love Beres [Hammond] and those classic sounds of people like Dennis Brown. I like Raging Fyah as one of those emerging bands. I knew some of the members when they were at Edna [Manley College]. My stepfather used to listen to Percy Sledge and Gregory Isaacs all the time, so I grew up listening to them. And you can’t leave out Bob Marley.”

Before I go on stage: “I pace a lot. I get very nervous before a performance. I tend to call people for support (Laughs). I warm up and try to sweat it out. Going over the dance in my head is also critical. And I also love to do ab work before I go on stage.”

Favourite Jamaican foods: “Grilled chicken, and stuff on the Island Grill menu. I’m there all the time. But I have a weakness for oxtail and curried goat. Any day.”

How I spend my alone time: “I love Netflix. I have it on my phone. It’s the only way I can escape. (Laughs).

> The NDTC's 2016 season is on at the Little Theatre in Kingston on weekends through August.