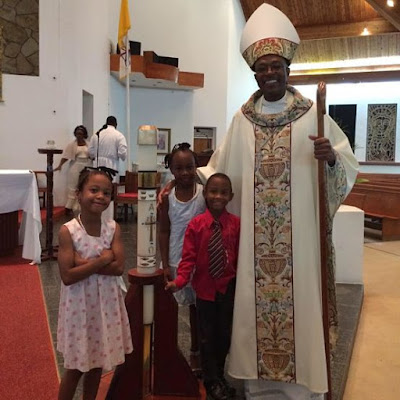 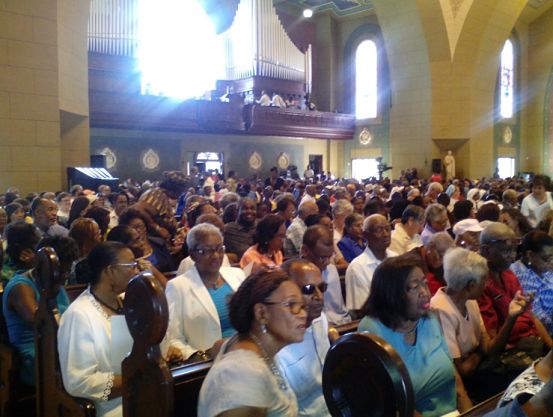 The Christian church in contemporary Jamaica has been weighed in the balances and found wanting. This according to new Roman Catholic Archbishop of Kingston, Most Reverend Kenneth Richards, who gave an exhaustive and high-energy sermon at his installation ceremony inside the Holy Trinity Cathedral in Kingston on Wednesday.

According to the Archbishop, given the thrust-under-the-microscope attention that’s being paid to the Christian community in this age of rampant crime and violence, dismal economics and fractious family life, church leaders and their followers must rise to the occasion and set the requisite example for the rest of the country to follow. “There is need for greater accountability in whatever we preach and what we do. The criticism that we are under, the scrutiny that we are under, calls for it,” he told the rapt congregation that spilled over onto the grounds of the cathedral.

He emphasized that the “zeal and fire” is missing from the members of today’s Christian community in carrying out their duties. “As members of the church, we must reflect. We must recapture the zeal of the first disciples, the first Christians and renew our commitment in the face of current national challenges,” he said. “We are called to strive for holiness, to strive for perfection. If we do not heed the signs of the times, then an indictment will be on each of us, something worse that the scandals that we are facing and the way the country is going.”

In the same breath, the Archbishop said that as he begins his tenure, his objectives include playing a key role in ushering in a new paradigm of “renewal and transformation” in the community and the country at large. “There is too much backbiting in our Christian communities,” he pointed out. “As Christians, our lives must be about setting the example.”

Born August 1958, Kenneth David Oswin Richards is now the seventh Archbishop of Kingston and Metropolitan of the Province of Kingston. He was ordained a priest in September 1985, elevated to the rank of monsignor in 2009 and made Bishop of St. John Basseterre in 2012. In April of this year, he got this latest appointment. His installation ceremony on Wednesday drew a mammoth turnout to the North Street-based cathedral, where Governor General Sir Patrick Allen, Lady Allen and members of the diplomatic corps were in attendance.