SPEAKING HIS MIND: Brian Heap sounds off on theatre’s tough economics, creative challenges, and what’s next 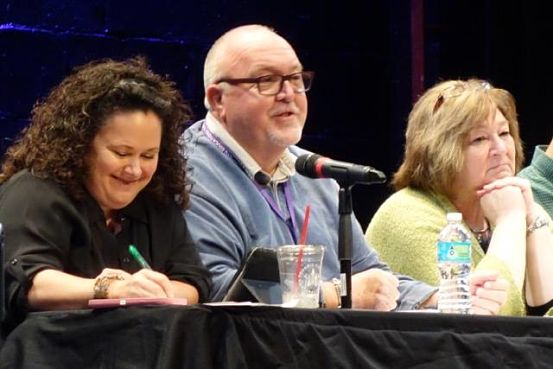 HEAD TABLE: “The whole economics [of the creative industries] need to be revisited,” says Heap; (below) actors performing in the Eight by Ten Festival in 2014.

Dr. Brian Heap is on the mend. “I had shingles,” he tells TALLAWAH incredulously, as we catch up by his office at the Philip Sherlock Centre, UWI Mona campus, on a sunny Tuesday afternoon. But today, he looks like a man in the pink of health and someone fresh from a trip to the UK. Which, in fact, he is. He recently returned to the island from a working visit to England, where he met up with longtime collaborator Pamela Bowell, with whom he’s working on a second book, Putting Process Drama into Practice, which they are due to complete writing in September.

Due for publication in 2017, it’s a follow-up to Planning Process Drama, their debut effort, which has done well commercially. “It sold well and is widely used in colleges in the United States and the UK,” Heap tells us. No stranger to writing things down, Heap was the brains behind May’s big theatrical hit Catherine Mulgrave: An African Odyssey (inspired by source material and historical research by Professor Maureen Warner-Lewis), which he also directed as a University Players production.

Whether as a director (he helmed 15 national pantomimes) or creative consultant, the work of this Thespy and Actor Boy-winning thespian is always a welcome treat for local theatergoers. That’s why the sudden absence of an event like the Eight by Ten Theatre Festival (which began as the theatrical component of KOTE before taking on a life of its own in the Philip Sherlock Festival) is so deeply felt. 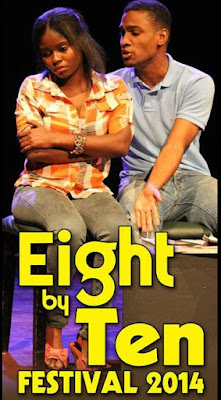 Asked why the festival (last held in 2014), which he was instrumental in establishing, has been off the radar, Heap says the answer is simple: lack of funding. “Sponsorship makes it easier. In the past, we’ve been assisted by the CHASE Fund with production grants. And once we’ve done it with production grants we can’t go back to asking actors to work for free. Sponsorship is needed,” Heap asserts. “If the public and private sectors can’t see the value in what we’re doing then it doesn’t make sense to stress out yourself and get shingles again.”

And it applies right across the board, Heap says, when it comes to preserving Jamaica’s creative industries. “A lot of us feel like we’re just treading water, going through the motions,” he points out. “Our cultural products need investment and the necessary support. The whole economics [of the creative industries] need to be revisited.”

In the meantime, Brian Heap’s fruitful tenure at the Philip Sherlock Centre could be coming to an end sooner than we expected. Sad but true. “My one-year contract expires at the end of the month,” he reveals, adding that it is up to the university to decide if his contract will be renewed. As for the rest of the year, among the projects that the general public can look forward to, he says, is an October musical, loosely based on the life of Marcus Garvey, to be directed by Michael Holgate.

But, when all is said and done, is there even the faintest possibility that the Eight by Ten fest will return to the cultural calendar? “In principle, I’d love to bring it back,” Heap admits without missing a beat. “But until sponsors come on board, for now it’s up in the air.”