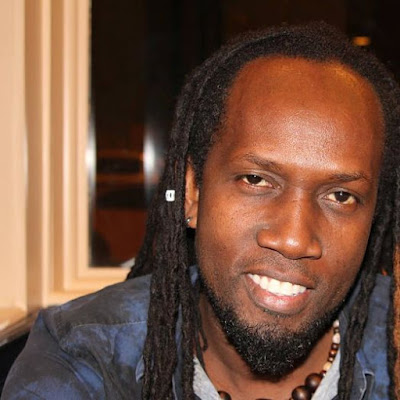 ON A ROLL: "He did so many great things. I hope I'm mature enough now to tell his story," Holgate says of his Marcus Garvey musical, premiering in October.

Michael Holgate, 41-year-old maverick, deep thinker and creative genius, keeps reminding us that he can do it all. Whether it’s writing books (Night of the Indigo, the upcoming Your Empowerment GPA), staging hit theatrical productions (Dead Lef, Jonkanoo Jamboree) or nurturing young Jamaican talents to take on the world (Ashé is currently in South Africa!), Holgate brings incredible creative energy, dedication and the requisite flair to each project. Shebada Goes to School, his most recent writing-directorial effort, is now playing to large audiences at the Phoenix Theatre in New Kingston, and October brings a vibrant musical loosely based on the life and work of Marcus Mosiah Garvey. TALLAWAH goes one-on-one with Jamaican theatre’s man of the moment.

TALLAWAH: This month marks the premiere of your latest theatrical effort, Shebada Goes to School. How did the collaboration with RBT Productions come about?
Michael Holgate: Ashé is right next door to Green Gables, so we talked about it a lot over the fence, and eventually we agreed to do something together. The discussion started a long time ago but nothing came of it. Then recently they said they wanted a summer production, so here it is.

TALLAWAH: How does this new play stand apart from everything else you’ve ever written?
Michael Holgate: Most of my productions aim to carry a message, but the main intention with this one is to entertain. So I hope I did that.

TALLAWAH: When it comes to your writing life, where do you usually find ideas and inspiration?
Michael Holgate: Real life. Things happen and I expound on them. An idea will come to me, and I write it down. If you look at my phone I have ideas that I’ve kept on writing till something comes to me. I also choreograph dance [see below], so I jot down those kinds of ideas as well.

TALLAWAH: We hear you’re working on a Marcus Garvey musical for October. What drew you to Garvey’s story?
Michael Holgate: He is one of the most powerful Black men that ever lived and he is Jamaican and he is downplayed in some quarters. I think that we don’t give him enough credit, and yet he did so many great things and became an inspiration to so many other Black leaders. So I hope I’m mature enough now to tell his story. His story is so big that I couldn’t just throw him into another play; it had to be done on its own. And it’s a musical, which is my favourite genre.

TALLAWAH: You’re building quite an impressive body of work. Are you satisfied yet?
Michael Holgate: I’m pleased with the direction I’m heading in. I have a mentor who told me that it’s the full body of work that makes people recognize that you’ve created something worthwhile for you and a following. So not satisfied yet, but I’m working on it. 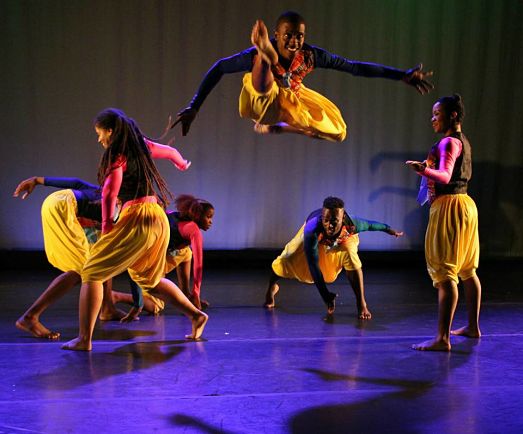 TALLAWAH: What is the key to the future growth of theatre in Jamaica?
Michael Holgate: Collaborations are important, and I think there needs to be some government involvement as well. And I mean collaborations along various levels: academic, working with creative artists, working with technocrats in government, working with various people. It’s the building of an industry that’s important right now. It takes different players, different stakeholders from different areas to make it work.

TALLAWAH: Let’s switch gears. What do you do to release tension, keep stress at bay?
Michael Holgate: For the most part, I don’t take things on, so it’s not much to release. So even tonight [opening night] somebody asked, ‘Michael, yuh nervous?’ and I’m not. And it’s just because of the philosophy that I have that no one work is the make or break of your career. You always have the opportunity to do something else. So I’m not going to kill myself for any one play, any one thing. I do my best not to stress over any one thing. I just move on to the next thing.

TALLAWAH: What’s one thing people would be surprised to know about Michael Holgate?
Michael Holgate: That I’m a political animal. I’m deeply into politics.

TALLAWAH: Is becoming a father something you see in your future?
Michael Holgate: I’m already a father with many children (Laughs). And I have a younger brother who I raised from he was a teenager in high school. He’s now 28.

TALLAWAH: Would you rather win a Tony or get Iron Man-type superpowers?
Michael Holgate: I’d rather the Tony because I already have Iron Man superpowers. I’m just not using it in the right way. (Laughs). Winning a Tony Award – it would be like, ‘Yeah, I’ve accomplished something.’