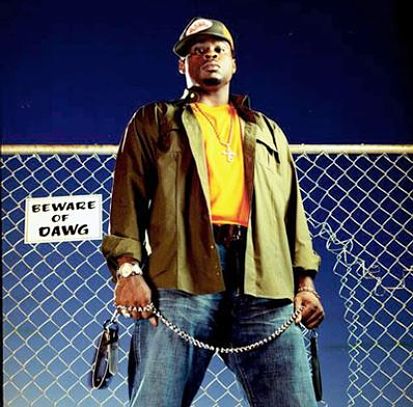 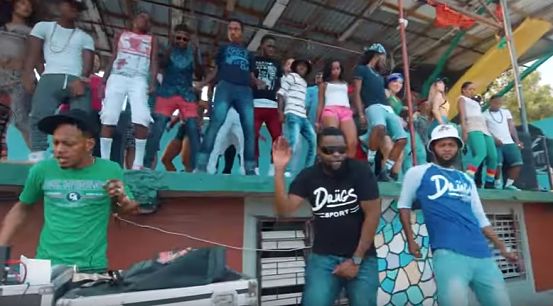 PARTY STARTER: "I think I have come a long way, and I’m still growing as an artiste," the entertainer says.

On the night of September 2, popular dancehall artiste Marlon ‘Bling Dawg’ Williams will host his 2016 birthday bash at the All-Stars HQ in Kingston. He’s turning “16.” It shows. Though he’s been a fixture in the local entertainment industry for over a decade, he still exudes that coming-of-age vibe, and the recent success of his smash hit “Aji Bounce” has cemented his appeal with the Snapchat/Instagram generation. Now promoting his latest dance tune, “Clearance,” which we heard for the first time at Thursday’s World Reggae Dance Champs, the deejay talks to TALLAWAH about winning awards, staying humble, and how he plays the game.

TALLAWAH: After ruling the dancefloors last season with “Aji Bounce”, you’ve unleashed another dance tune that’s already generating major buzz. What inspired “Clearance”?
Bling Dawg: Aji [who came up with the moves for “Aji Bounce”] is the one who created it. It’s a similar vibe to the Aji Bounce, and I think it’s a nice vibe for the dancehall for the summer. We recently released the video on my Vevo channel, so the fans can check it out on YouTube.

TALLAWAH: Did it surprise you that the “Aji Bounce” blew up and became as big as it did?
Bling Dawg: No, I wasn’t surprised. I’m the producer for that song, and Aji created the moves. We work well together. We knew it was going to be a hit, so all we had to do was give it enough promotion. And we did that.

TALLAWAH: What did those big wins at the YVAs in February mean to you?
Bling Dawg: It was a great vibe. I’m still giving thanks. We won for Best Local Music Video and Best Dance Move, and that speaks for itself.

TALLAWAH: You were off the radar for a while, but in recent months you’ve been reviving your career with solid results.
Bling Dawg: I’m grateful. When I just started out in the early 2000s, a lot of these younger guys in the industry now weren’t around. So I think I have come a long way, and I’m still growing as an artiste.

TALLAWAH: Indeed. So apart from promoting “Clearance,” what else are you working on at the moment?
Bling Dawg: I’m in the studio working on some new records with some top producers, so the fans have some new music to look out for. We have some upcoming shows as well, and my birthday party in September.

TALLAWAH: When you reflect on your overall journey to this point, how do you feel?
Bling Dawg: I’m good with it. There have been successes and there have been mishaps, but I stay focused on the positives and what I want to achieve. You can’t focus on the negativity and what people have to say; that only slows down your progress and your well-being. My music will always be about motivating the youths and having a good time in the dancehall.

> WATCH THIS! Check out the video for Bling Dawg’s new hit, “Clearance”