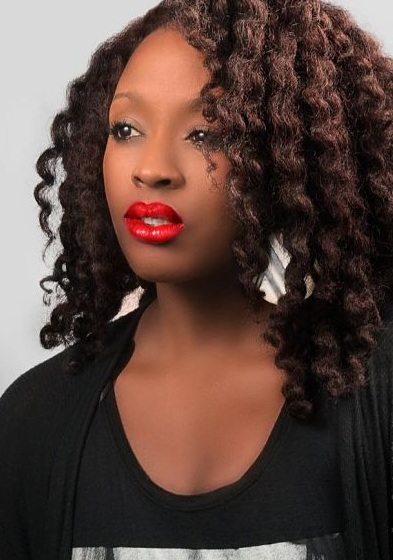 HEAD FULL OF IDEAS: "One of the reasons I came back to Jamaica is to rise up young Black girls and boys to take over," says Yen-Jones, photographed with Danielle Stiebel (below) at the Actor Boy Awards.

Neisha Yen-Jones is good with kids. It’s after eleven on a warm Tuesday morning at the Shortwood Teachers’ College in St. Andrew, and Miss Yen-Jones is about to wrap up today’s musical theatre class with the tiny tots who are participating in the inaugural Avant Academy summer camp. The kids, who are learning moves and music to a couple of numbers from Annie, are a handful but for the most part they respond well to her a she shows them the ropes.

Dressed in traditional thespian black, her big bouncy curls dancing along to the choreography, Yen-Jones seems at home in the role of instructor – a bonafide artist imparting her knowledge to kids getting the swing of musical theatre for the first time. Perhaps the reason she’s so comfortable in the role is the fact that she was once in their place, getting her feet wet in the world of interpretative dance, ballet and Broadway showtunes, with mentors playing important roles in her artistic growth.

A daughter of James Hill in Clarendon, where she still has family to this day, Yen-Jones spent many of her formative years immersed in the London arts world, where her appreciation for song and dance and drama and doing things with passion began to take root. That’s why when I ask her where she gets her immense confidence from she doesn’t hesitate to give credit to teachers like Donald McLennon of London’s Millennium Dance 2000 and Jacqui Mitchell, who helped her keep her head up when she faced pressure and prejudice for being the only dark-skinned girl attending dance classes populated by a sea of white faces. (Very often she would get comments like, ‘You’re very good at ballet for a Black girl.’)

“[Jacqui] took me under her wing. She took the time to talk to me. She told me, ‘Don’t worry about being different. Just be you,’” Neisha recalls, as she sits with TALLAWAH in the big empty auditorium. “Three years of that turned my life around and really changed how I look at life.”

Neisha needed that confidence boost because, more than a decade later, she’s been able to draw on those lessons and those quiet instructive moments in building a solid musical theatre career. Not only has she starred in The Lion King on the West End, playing Nala in 2013, she has done Stomp in London and Cyprus, Denmark and Sweden, and landed key roles in Broadway and UK shows like Dirty Dancing and The Harder They Come: The Musical, which were among the final shows she performed in before returning to Jamaica to cool her happy feet.

“Musical theatre is my passion. It’s what I do, and I think it’s a tool we can use to break down language barriers and improve kids’ way of communicating,” says the London Academy of Music and Dramatic Arts (LAMDA) graduate, whose resume also lists numerous teaching and workshop stints, including her part-time affiliation with the School of Dance, Edna Manley College.

Yen-Jones, who bemoans the lack of adequate support for the arts in Jamaica, is all about giving back to a country that gave her firm roots. “One of the reasons I came back to Jamaica is to rise up young Black girls and boys to take over,” she admits. “It takes a passionate approach, in both the administrative and performance aspects, to grow the performing arts. Students need tutelage, they need mentorship, and so it’s a mission of mine to collaborate on programmes that are about promoting high standards and quality.” 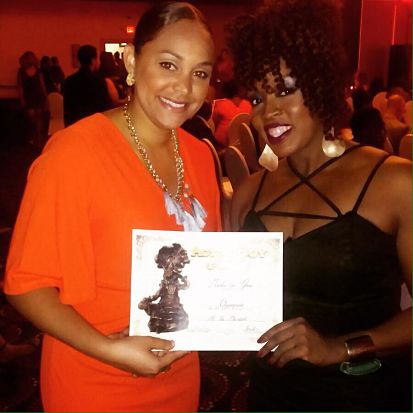 When the summer camp ends this weekend, Yen-Jones and Avant’s Seretse Small (who had to have her involved in the camp) will turn their attention to the academy’s musical theatre certification programme, which is a partnership with the London College of Music, beginning in September. “I’m really proud of the work she’s done in the camp so far. It fills me with confidence that we will be able to create a truly international musical theatre programme,” says Small, giving props to Yen-Jones. “I just need to find a way to get all the resources that she will need to bring out what’s inside her head.”

By her own admission, what’s inside her head these days is a sketchbook full of ideas, like creating a Jamaica-based performing-arts feeder school for the international market and securing scholarships for promising talents to study at some of the best schools overseas.

After nearly an hour of conversation, it becomes abundantly clear that Neisha Yen-Jones’ commitment to quality and those high standards continue to serve her well. “I do believe I am excellent at what I do. I am passionate about it; I believe in the power of the arts and mentorship. It’s our duty as the older folks in the industry to nurture the upcoming generation,” she says.

For the record, Neisha, who copped an Actor Boy Award in 2015 for choreographing At the Barricades for the Jamaica Musical Theatre Company (JMTC), is in her mid-30s. But she can still use her twenty-something pass card. Her advice for the dreamers and those who look up to her is simple: Know that it’s possible for you. “As a little girl spending time in Spanish Town that used to drive me; knowing that it was possible,” she says. “Get training, and when you get the training get good. And when you get good, get better. And when you get better, be the best.”