THE BEST OF HIS LOVE: David Tulloch shares the inspiration behind his most popular plays 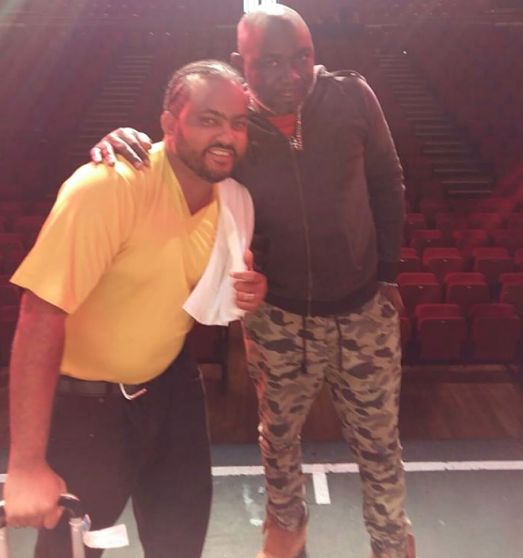 TWO OF A KIND: Tulloch, with Prayer Partner star Chris McFarlane; (below) actors making a scene in Sins of the Flesh at Green Gables Theatre.

After 52 plays and counting (over 30 of them staged), have we seen the best of David Tulloch? Not by a longshot. This month, the 35-year-old agent provocateur brings to his audiences his latest potboiler, 3Some, that’s just as ‘hot-and-bothered’ as the title suggests. With such a diverse body of work to his credit, we couldn’t resist taking a trip down memory lane with the prolific storyteller, reflecting on some of his finest offerings to date:

WINE& ROSES: “In 2005, Totlyn Oliver came to me with a radio serial called The Days of Wine and Roses and asked me to convert it to a play. I can appreciate the cougar situation so I did. We’ve had about four remounts so far but I haven’t made any major changes to it. I believe that once you have a work that can stand the test of time you should run with it.”

PRAYER PARTNER: “This was originally staged in 2004. When I remounted it last year, I only added one new character. I can appreciate the nerd who wants to get the girl and will go to whatever lengths it takes. Everybody likes an underdog. A Part 2 might be in the works.”

RISQUE: “After I directed David Heron’s 4Play, it got four [Actor Boy] nominations, so I decided to write my own 4Play. I added the bit about the scammings and decided to push the envelope and go totally nude with the actors. It practically created a new genre in Jamaican theatre, and it was a new demographic that came out to see it.”

PATERNAL INSTINCT: “It’s from a personal theme of mine. At the time I wanted to be a father, so I decided to live vicariously through my pen. There’s a Part 2 for it as well, but this Part 1 is still getting a lot of requests.”

JAMAICA SWEET: “When I did Bay Vibes and MoBay Vibes with Dougie Prout, he told me that as a playwright, you should have at least one revue for yourself. Look out for Jamaica Sweeter coming soon. Not sure when though.” 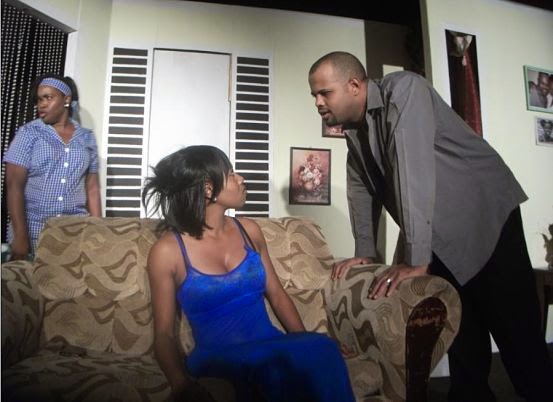 SINS OF THE FLESH: “I didn’t know what I was thinking (Laughs). I think at the outset I intended for it to be like Risqué, but then I decided to create a nice drama out of it.”

FOR MY DAUGHTER: “I heard my father preaching about a similar situation one Sunday, so I took that as the premise. It’s based on the true story that I heard, but I fictionalized it a bit. Then Leonie Forbes took me up on my offer to come back on stage, so it was a done deal.”