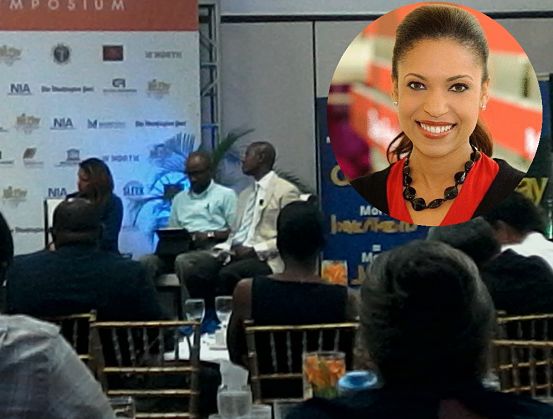 In the tough world of beat journalism, few aspects are more fraught with challenges and complexities than the covering of fatal police shootings. There are always multiple sides to the story – from the police account to the eyewitness account to the version that’s finally aired on the nightly news or printed in the next day’s paper. How does the public know who to believe? For the tireless reporter committed to ethics, it takes a collaborative approach with the parties involved to get the story, to get the truth and for justice to be served.

That was the consensus at a special investigative-journalism symposium put on by Global Reporters of the Caribbean at the Spanish Court Hotel’s Worthington Avenue complex last Friday morning.

Moderated by Zahra Burton (whose award-winning work appears on the TV series 18 Degrees North), the symposium took on the guise of a panel discussion, with contributions from the RJR Group’s Milton Walker, Susan Goffe of Jamaicans for Justice and the well-regarded Kimberly Kindy of The Washington Post.

While Walker painted a vivid picture of today’s Jamaican scenario (the frustrated reporter grappling with fearful witnesses, etc.), Kindy expertly spoke to the scenario in her native United States where research data shows that an average of five police officers are charged annually in cases of fatal shootings. “Now we are seeing more officers being charged,” she told the small but rapt audience, comprised mainly of young media practitioners and veteran members of the fraternity. “And a lot of the time, they are charged because of video evidence.”

That’s something all the panelists agreed on: the supreme importance of video evidence in cases of police shootings, coupled with the introduction of firm policy for cops to wear body cameras. “We need to have some clear policies declared when it comes to body cameras or we’re going to keep having the same problems getting the story,” Kindy noted. 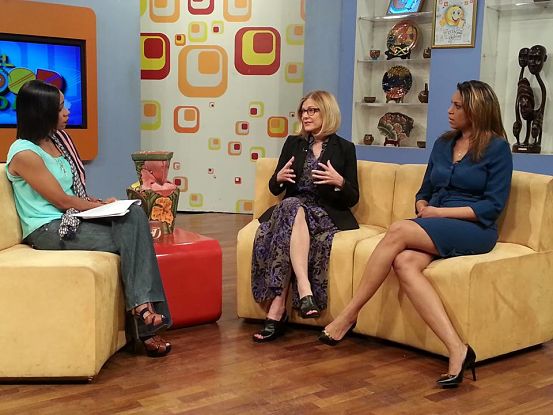 Jamaicans for Justice also liked the idea of cops wearing body cameras. “While we do have some reservations, we welcome the introduction of body cameras,” Goffe said. “We’ve always felt that with video evidence we’ll have more successful prosecutions.”

During a lively and insightful discussion that also featured the playing of a few gruesome video clips highlighting unfortunate shooting incidents (Buckfield, St. Ann; Hollywell Square in Hanover; Washington DC), the point was emphasized that the journalists investigating such cases must always hold fast to credibility, fairness and balance.

“[The Buckfield video] was a stark example of the disparity between the official police account and the actual video account; what the police report and what the news reports,” Goffe noted. “As journalists, how information is released on the victims and the officers involved must be handled properly, especially with ongoing investigations. Media responsibility is key in protecting the integrity of those involved.”

In his brief remarks, the US Embassy’s Joshua Polacheck alluded to the bigger picture. “Investigative journalism is the only way democracy is going to continue to be vital and alive,” he said. “When are the police just doing their duty? When are they overstepping their bounds? So, investigative reporting is important; it’s what keeps our democracy going.”