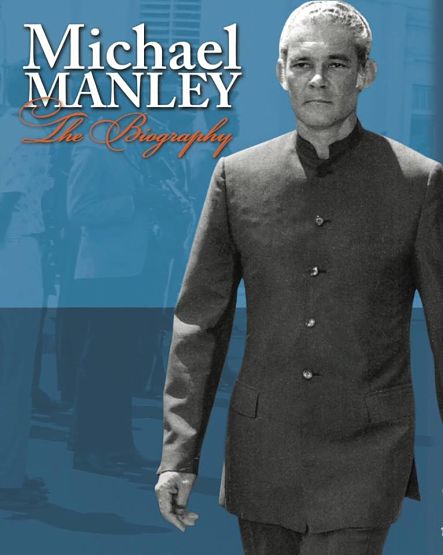 “I didn’t want this to be just another book about Michael Manley. I wanted this book to be the definitive work on his life; the benchmark against which other works would be measured.” That’s how award-winning author and attorney Godfrey Smith explains the impetus that led him to pen Michael Manley: The Biography, a solid new non-fiction release from Ian Randle Publishers that critics and graduates of the Manley school of political science are hailing as a triumph.

For the most part, they say, Smith delivers an impressively detailed exploration of Manley’s life and career that could, over time, become the definitive epistle.

Harvard professor Orlando Patterson was won over by Smith’s approach to the subject. “It’s thoroughly researched, balanced in its judgement and written in an engaging, uncluttered style,” says the Children of Sisyphus author. “This long overdue biography will be required reading on Manley and the definitive first pillar against which later works will be measured.”

Rachel Manley, author of Slipstream: A Daughter Remembers and Drumblair: Memories of a Jamaican Childhood, witnessed new layers of her world-famous father come to life on the page. “Smith adds a fascinating new dimension to Manley,” she notes, “the international progressive visionary and prolific writer but also the inner man.”

At 458 pages, Michael Manley: The Biography is no lightweight volume. Drawing on the former Jamaican prime minister’s own letters to and from close confidantes (including Rex Nettleford), speeches, press conference footage and even declassified US State Department documents, Smith weaves an in-depth narrative that ultimately spans his eventful political sojourn, his relationship with his parents, his children, his rivals far and wide and, of course, the women.

Manley is not the first towering political figure Smith has tackled. In 2012, he won the OCM Bocas Prize for Caribbean Literature (Non-Fiction) for George Price: A Life Revealed, about the Belizean stalwart. Smith, too, it must be noted, has also distinguished himself in the political realm, having held public office in Belize as Foreign Affairs Minister, Tourism Minister and Attorney General – all between 1999 and 2008.

These days he writes and keeps a law practice. Publisher Christine Randle found in him a terrific collaborator. “Having previously had the experience of successfully publishing a biography [by him],” she says, “we had little doubt that this work on Manley would be equally, if not more accomplished.”