CRITIC’S NOTEBOOK: Sizing up the early contenders in the Thespy/Actor Boy races 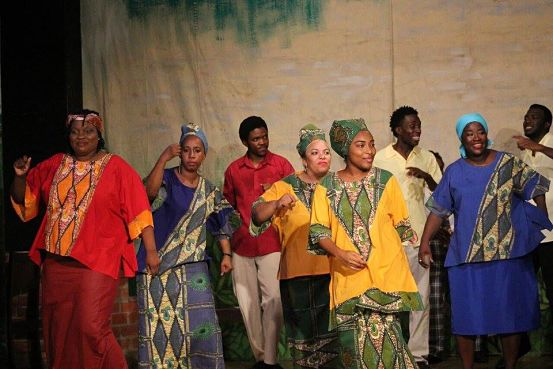 SHOW TIME: The cast of Women Who Roar produced an energy-filled and entertaining production.

With less than four months to go before year-end, where do things currently stand in the race for gold at the upcoming Thespian Spirit Awards and Actor Boy Awards? As expected, there are several strong (and deserving) candidates already jostling for mention, but it’s too early to say definitively who will see their names on the final ballot come February. Even so, that doesn’t mean we can’t throw our hat in the ring in the meantime, with predictions and some analysis, as we await the bounty that’s sure to come in October and leading up to the Christmas holiday season.

Best Actress
BEST BETS: Bertina Macaulay (Woman Tongue) and Nadean Rawlins (Catherine Mulgrave) delivered some of the most praise-worthy work of their illustrious careers this year and seem assured of nominations, thanks to those bravura performances. Leonie Forbes in Not My Child? Absolutely riveting.
POSSIBLES: A serious talent that we need to see more of, Julene Robinson (Seven Shades of Woman) was simply superb, taking on multiple characters in a show filled with megawatt talent. A veteran of the Pantomime Company, Jacqueline Higgins quickly emerged for us as one of the strongest assets in the LTM’s Women Who Roar, which is being remounted for next month’s Heroes’ Week observances. Highly recommended.
LONG SHOT: Returning to her musical theatre roots, Stephanie Hazle (Di Miggle Room) was a delight to watch in Craig McNally’s song-and-dance offering about pride and prejudice, choices and consequences.

Best Actor
BEST BETS: Acclaimed past winners in this category, both at the Actor Boy and Thespies, Donald ‘Iceman’ Anderson (powerful in Not My Child) and Glen Campbell (fantastic in Blind Spot) are by far the strongest leading men we’ve seen on stage all year.
POSSIBLES: Taking on a role that played to his knack for disappearing into aristocratic characters, Jean-Paul Menou was a solid presence as the devoted husband, opposite Rawlins’ titular heroine, in Catherine Mulgrave.
LONG SHOTS: Among today’s bright young leading men who could have terrific careers ahead of them, Ackeem Poyser (3some) and Nicholas Amore (Saving Grace) delivered strong performances, both stepping up as men grappling with very demanding women.

Best Supporting Actress
BEST BETS: A dynamic character actress with an outstanding body of work paying testament to a ‘rich’ life in the theatre, Karen Harriott was a ball of fun and electric energy in Woman Tongue, in which Hilary Nicholson also stood out, particularly in scenes she and Harriott shared together.
POSSIBLES: Playing pivotal roles that contributed immensely to the overall success of their shows, Rosie Murray (Not My Child), Sakina Deer (Blind Spot) and Shawna-Kae Burns (Seven Shades of Woman) delivered well-crafted characters – women who make it abundantly clear that they will not be ignored.

Best Supporting Actor:
BEST BETS: Our money is on Courtney Wilson (terrifically terrifying in Blind Spot) and Paul Issa (resolute in Catherine Mulgrave) to lead the pack in this category come February.
POSSIBLES: Yet another young actor with promise who deserves more shining time in local theatre, Kadeem Wilson put in the work (and kept his sanity opposite Everaldo Creary!) in Undercover Craziness.
LONG SHOTS: Undercover Craziness would not have been the success it turned out to be without writer/producer/costar Rashiem Shepherd, who gave new meaning to post-traumatic stress disorder. Unassuming actor Junior Williams, meanwhile, refreshingly played against type in Michael Holgate’s Shebada Goes to School, making him a darkhorse to watch in this category.

> NEXT TIME: The writers, directors and breakout stars generating buzz