THE NEW GIRL: Ambition and persistence are key assets for starlet Sabrina Thomas 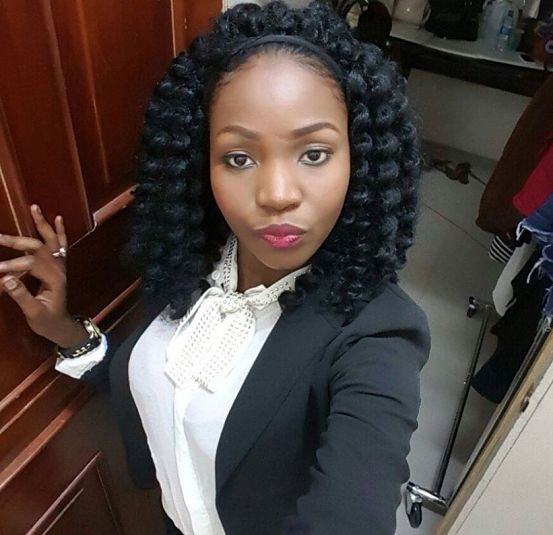 ON HER OWN: “Ashé is where it really began for me, and I am very grateful for that experience,” shares the up-and-coming singer-actress.

The Ashé Ensemble, after more than two decades, has become synonymous with producing triple-threat performers – those singer-actor-dancers that you see everywhere from hit stage plays (Jambiz’s Sharee Elise McDonald-Russell) to touring the world with top acts like Tessanne Chin (rising star Ifidel Williams). Sabrina Thomas is one of the newest additions to that pool of exciting talent, newly liberated from the troupe dynamic and intent on pursuing solo stardom in multiple disciplines.

“In high school I did a lot of acting, but mostly singing. Singing is my main passion,” shares the 24-year-old St. Mary native, whose time at Islington High helped prepare here for the rigorous Ashé years, with an introduction to the demands of the performing arts world. “Ashé is where it really began for me, and I am very grateful for that experience. I never got to explore the acting side of me in full and being a part of Ashé I was able to do that. I wouldn’t have reached this far without them.”

Since leaving the group in May of this year (a disagreement with the higher-ups led to her departure), Thomas has been getting her feet wet in the big leagues – doing everything from landing small theatre roles to honing her singer-songwriter chops to joining David Tulloch’s Probemaster family. She very recently got her first taste (no pun intended) of the leading-lady spotlight in 3some, when she stepped into the role of Annabella, the can’t-mash-ants career woman who finally gets to indulge some long-repressed ‘fantasies’.

So what was it like getting her freak on in the most provocative show of the season? “I was nervous about doing the role at first because I didn’t want to be seen in that light,” she confesses, blushing. “I was also worried about the comments I would get from people; that was a major concern. But it was mostly good. I felt I did a pretty good job with the character. It was a learning experience, and I’m really looking forward to what’s next.”

Whether she’s dishing about bonding with costars (the kissing scenes with Ackeem Poyser in 3some make her laugh), her super-secret love life (“I’m not single; I have someone.”) or the hard times back in St, Mary before the bright lights of Kingston beckoned, the Sabrina that emerges is an honest and level-headed young woman keeping her eyes on the prize.

As she awaits the script for her next juicy stage role, she is happy to write and record some sweet reggae-soul anthems. Witness her honey-dipped vocals on soon-to-be-released tracks like “I Need a Rasta Man,” which patrons will get to see her perform live (among other original tunes) when they come out to her debut solo concert at the Theatre Place on October 22.

For the moment, Sabrina Thomas has set no ceiling on her future plans. “I’m looking forward to excelling. I trust David and what he has in store for me. I just have to be patient,” she tells TALLAWAH, seated in the lobby at the Theatre Place on a warm Tuesday evening, sporting a sleeveless top, hot shorts, a beret and a long scarf. “I’ve come very far and I’m proud of myself. This is the Sabrina I was searching for. I finally see where I want to go in life, and it’s about seizing the opportunities as I go along.”

> FAVOURITE BOOK: The Bible. “I like prayer and positive energy.”
> FAVOURITE MUSICIANS: Luther Vandross and Beres Hammond. “I will listen to Beres and crrryyyy!”