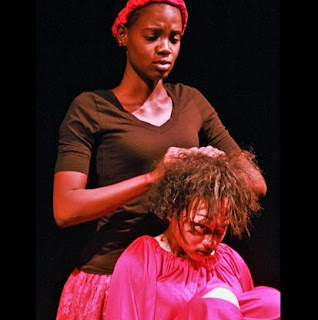 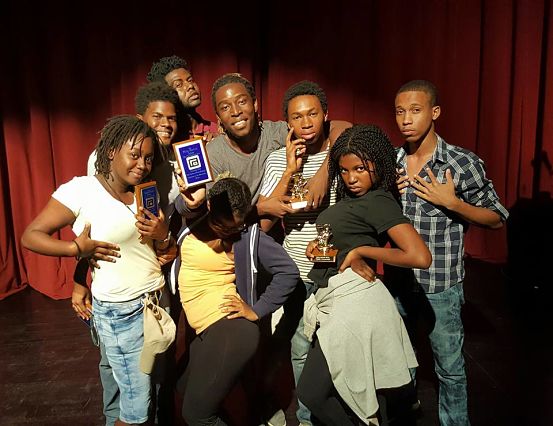 WE ARE FAMILY: JYT actors performing a scene from Demon In Me; (below) Tribe Sankofa members strike the winning pose.

The curtains came down on the 48th annual Tallawah drama festival at UWI Mona’s Philip Sherlock Centre on Sunday, with a splendid five-piece performance package and a delightful awards ceremony, during which the Jamaica Youth Theatre were once again crowned best-of-the-best, picking up trophies and plaques for best production, supporting actress (Mellisa Vassell) and outstanding use of music, for their thought-provoking, all-girls presentation Demon In Me – nothing scary, just some frighteningly realistic depictions of domestic and child abuse and the scourge of poverty.

> Here’s a quick rundown of the big winners in some key categories: