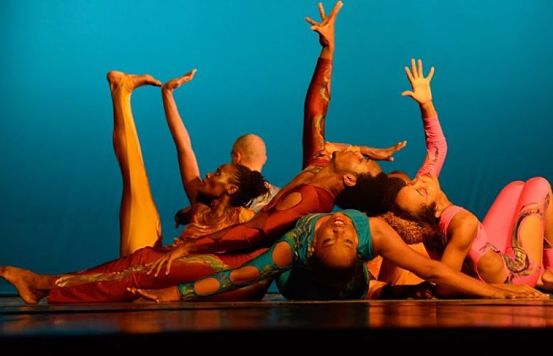 If nothing else, the 2016 season of the Stella Maris Dance Ensemble proved that it’s always worth the trip to the Little Theatre to see them. As in years past, the renowned troupe – under the expert guidance of Artistic Director Monika Lawrence – delivered an immensely entertaining package replete with athletic choreography, unbridled youthful energy and no shortage of cool concepts blending Jamaican tradition with modern movements.

Divided into halves, the show delivered seven works – a balance of new creations (three) and pieces pulled from the archives for spirited revival (four).

Providing a robust opening to the night’s presentation on Saturday was the premiere of “Strange Waters,” Lawrence and Patsy Ricketts’ vibrantly costumed, engrossingly rendered meditation on struggle and survival. Split into three movements, the CHASE-sponsored work saw the troupe’s agile dancers moving in sync to an Afrocentric soundtrack, featuring Yanni, Amampado and others.

“Chances Are”, another successful debut, choreographed by Ricketts and Orville Hall, offered a light but effective exploration of class relations and identity, centred on a saintly young ballerina (Wendi Hoo Fatt), who crosses paths with a rough-around-the-edges janitor (Roshaun Fender), and the good-girl-meets-bad-boy sparks their encounter produces. Their coupling feels awkward at first, but it grows increasingly intense as the piece progresses, driven by the electro-pop sounds of Sean Paul and Enrique Iglesias.

The gospel solo “Lifeline”, performed and choreographed by the company’s leading man Gavin Hart (working with collaborator André Hinds) came off more as a work-in-progress than a fully actualized work. Nevertheless, Hart brought commendable emotional heft and stage presence to the piece, powered by the Lauryn Hill/Tanya Blount version of “His Eye is on the Sparrow.”

Like many of her peers, Lawrence remains a huge admirer of the legacy of the late Prof. Rex Nettleford, and her revival of the NDTC classic “Tribute to Cliff” (choreographed by the great man himself) spoke volumes of the company’s versatility in handling choreography drawn from different eras. Making ample use of classic Cliff cuts like “On My Life”, “Sitting Here in Limbo” and “Faith Will Lead Me Home,” the dance (a sequence of three movements) climaxed into a jaunty, creatively crafted salute to one of reggae’s all-time greats.

As for the other revived pieces, we thoroughly enjoyed 2010’s “The Potter,” another tour-de-force from the Lawrence/Ricketts creative imagination – in tribute to Nettleford. Driven by the haunting voice of Vangelis, the piece (led by Hart, giving authoritative solo work here) blossomed into a magisterial finale, with Hart (as Nettleford) robed in elaborate, purple-reign splendour.

Though Lawrence’s “Interconnection,” with music by Enya (and six dancers frequently delivering lithe, graceful movements), had its moments, like “Lifeline” it felt under-developed. But the night came to a pulse-pounding close with “Riddim,” which teamed choreographers Lawrence, Hall and Shelly-Ann Callum for a visual feast of reggae and dancehall styles throughout the decades – from Prince Buster and Bob Marley all the way to today’s party-starters Busy Signal and Vybz Kartel.

The dancers seemed to have saved their biggest burst of energy for this curtain-closer, and the show was all the better for it, as the strong finish that the best dance recitals boast is certainly what we got.

In short, Stella Maris at Little Theatre 2016 yielded solid overall results, thanks in large part to a body of work that fused the traditional with the modern, while balancing elegance with exuberance.