IF YOU BUILD IT: Master architect and living legend Evan Williams takes the long view in redefining success 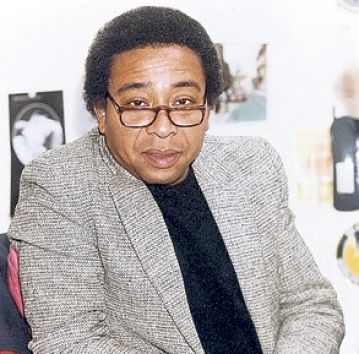 Inside the dimly lit speak-easy bar of the Redbones Blues Café – with fine examples of his craftsmanship all around – legendary architect and businessman Evan Williams is telling me about his latest passion project, the Renfrew Hotel, an extended-stay corporate luxury hotel that’s bound to be the talk of the town when it opens its doors to the public next year – October 2017 to be exact.

Presently at an advanced stage of construction on Renfrew Road in New Kingston, the hotel is already inspiring chatter among Kingston & St. Andrew’s upper echelons for more reasons than one. But one particular talking point holds special significance for Mr. Williams, whose firm Design Collaborative has been a fixture in the Jamaican architecture world since 1971.

“People have been calling me. They want to know what I’m doing because a tower crane hasn’t been seen in Kingston in over 30 years,” Williams says incredulously. “I like this kind of response. There’s nothing like [the Renfrew] in Jamaica right now. But it’s not unique. It’s not an original idea. A lot of extended-stay hotels have traded on the New York Stock Exchange over the years. So it’s an honour to be introducing the model to the Jamaican market.”

The Renfrew, once complete, will boast eight floors and a swanky roof-top bar called the Elo’s. “It’s not being built as a traditional urban hotel and that’s deliberate,” explains Williams, who divulges that the overall cost to get the job done lands somewhere between US$5 and $6 million. “It will be the first hotel in Kingston aimed at extended stay tourists, primarily in the business market. Rather than staying at a traditional hotel, they will stay in an establishment that provides them with extra facilities,” Williams says. “Extended stay hotels have existed in other parts of the world for years but have never been developed in Jamaica.”

So far the construction work has created jobs for some 150 locals and once the Renfrew begins operations, a staff of about 30 will employed full-time. A few other details about the project: guests will be able to enjoy five different room configurations; several units are being equipped with kitchenettes and, when it comes to front-desk check-in versus mobile-phone reservations, the choice is yours. “You can buy a room, lease it back to me, and we work out the details,” Mr. Williams adds. 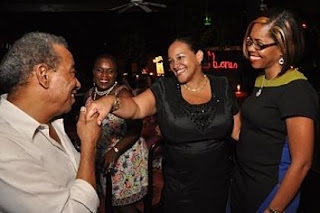 “As long as you have the energy and interest…”

The Renfrew will undoubtedly rank high among the fine feathers in the cap of this master builder who’s seen it all and done the rest. To say the least, the renown and reputable accomplishments of Evan Williams (Jamaican-born, British and American-educated) precede him. For one thing, Design Collaborative has been responsible for the design and development of more than 40 hotel resort projects at sites in various locales on the planet – Spain, Tanzania, the States and the UK, among them. From doing design work for the Couples hotel chain to joining forces with the Sandals family (on the recommendation of Couples’ John Issa), Williams’ visionary work therefore spans the gamut of Jamaica, the region and indeed the world. But having already spent so many decades in the architecture world, what keeps him going?

“What else would I do? Some of the most important men in my field have worked up until they’re 100,” he tells me the following night as we sit out in the Redbones courtyard. He just emceed their monthly poetry night, which drew a tidy crowd. “Frank Lloyd Wright, who did the Guggenheim, worked until he was dead at 92. No matter how old you are, as long as you have the energy and the interest you should keep going.”

For the record, the 70-something Evan Williams owns Redbones, a now 20-year-old establishment, which he relocated eight years ago from its original haunt on Braemar Avenue to this cozy, rustic-chic enclave at 1 Argyle Road. “I’ve always had a restaurant or a bar since I was a junior in college,” reflects Williams, who spent a great deal of his youth overseas and designed everything for Redbones, down to the furniture!

Small wonder that the eatery/sophisticated hangout has morphed into venerable brand and a favourite among the diplomatic and expatriate communities over the years. “The success of Redbones, I think has to do with limited advertising. It has lot to do with developing a market. It has a lot to do with having a relationship with your clients, your customers,” Williams says, as a peal of laughter escapes from the dining terrace a few feet away. “When they complain about something, whether it is the staff or the food or whatever, they know something will be done.”

It’s a family business, too, he reminds us, with his daughter Enola (founder of Kingston on the Edge) commanding the ship during his absence allowing him to focus on the business of running Design Collaborative and keeping projects like the construction of the Renfrew on schedule and on budget. “The most important thing is that we’re a family business,” he says. “That’s why it hasn’t been franchised. That’s why there’s not another Redbones in MoBay or somewhere else.”

He continues, “What I’ve learned over the years is that you make people come back by the quality of the service you provide. Today, restaurants and bars have a life expectancy of anywhere between five and seven years. So for us to have been granted 20 years is quite an accomplishment.”

“I look challenges in the face…” 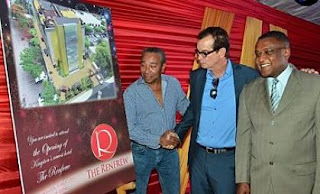 By his own admission, Evan Williams’ vast success has been due, in large part, to the fearlessness with which he takes on the unavoidable everyday challenges, creative and otherwise, many of which appear daunting at the outset. “I look challenges in the face and adversities in the face and figure out how to resolve them without breaking any law,” he tells TALLAWAH with particular emphasis.

The art of excelling in the real estate/architecture game, he has learnt, is to always take the long view. “I have a very distinct attitude about project development, particularly real-estate development in Kingston. We see a lot of buildings going up, and these buildings are built because the owners have to make money. And if they don’t make money in two or three years, it’s not an investment,” he points out. “But my view is if you’re interested in development you gotta think long-term. You can’t think about making a return in two or three years, which is what most people want to do. You have to look long-term – 10 years, 20 years.”

That perhaps explains why he’s been on top for so long – a staying power buoyed by a stack of golden accomplishments (including numerous local and international awards) to show for it. Among the accolades and honours: the Centenary Medal and Silver Musgrave Medal from the Institute of Jamaica (IOJ) and a slew of Governor General’s Awards for eminent contributions to his field.

Today, Mr. Williams, who is about five-feet-seven and of slightly medium built, stands out among his peers as more than an icon; he’s a source of inspiration from whom the new and future generations can learn a thing or two. What wisdom does he usually dole out to advice-seekers and the youngsters he teaches up at UTech’s architecture school? “I tell them all the time, whatever you do you gotta love it. If not, then don’t do it,” he insists. “Do it 24/7.”

Enormous as it is, Mr. Williams is not fussy about his legacy. In fact, he reflects on it with the matter-of-fact ease of a maverick who prefers to look ahead to what’s next instead of taking repeated glances in the rear-view mirror. “I take it all in stride. The next project is the best one,” he concedes. “People ask me all the time what I consider my finest achievement in building and architecture, and I say, I don’t know because I haven’t built it yet.”