PICTURE THIS: I Am Bolt promises an up-close look at the superstar’s struggles and triumphs 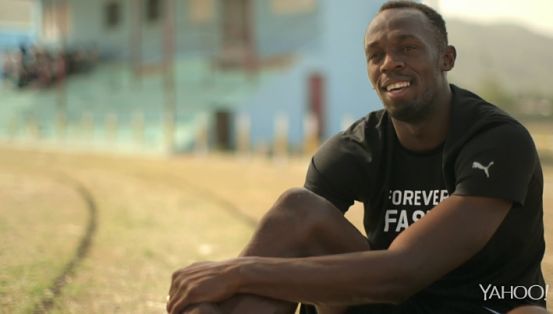 When the highly anticipated new Usain Bolt documentary, I Am Bolt, opens in cinemas later this month, viewers will experience an intimate, behind-the-scenes look at the life of one of the world’s most lavishly decorated athletes of this modern era. Those of who’ve seen the can't-miss-a-moment trailer quickly realized that it’s a docu-film laden with highlights, as the cameras trail our hero from the field of play to him spending downtime in his personal space.

In addition to his work as a multiple brand ambassador and his interactions with the fans, there are quiet moments with the superstar, interviews with those closest to him (including the parentals and the manager) and occasions where Bolt waxes philosophical about the highs and lows, dips and turns that his eventful career has taken over the years.

The first documentary, the aptly titled The Fastest Man Alive, captured his intense preparations for the London Olympics and reminded us of his meteoric rise to that 2011 juncture. But I Am Bolt clearly delivers way more, delving deep into his world (professional and personal) to reveals aspects of his life and dimensions of his celebrity factor that fans and onlookers will be seeing for the first time.

Bolt, now 30, is a fun-loving sportsman who has found a way to fuse his gigantic passion for athletics, competition and entertainment into a crowd-pleasing art form. But he’s also a multifaceted fellow who enjoys having an impact in charitable circles and has set his sights on a future that could see him ascending to the ranks of Gordon ‘Butch’ Stewart and Warren Buffett.

A man can dream – and put in the hard work to make the dream a reality. So watching this film it will be interesting to see how his mind works, when the cameras aren’t zooming in on his grueling training sessions juxtaposed with aspects of the party-boy/playboy persona for which he’s gained some notoriety.

In any case, I Am Bolt promises to reveal Bolt up-close. Just as he is – flaws and all. But, above all, as the world’s greatest living sprinter heading triumphantly into a new chapter.