TAKING STOCK: Does Jamaica have a future in the Caribbean Community? 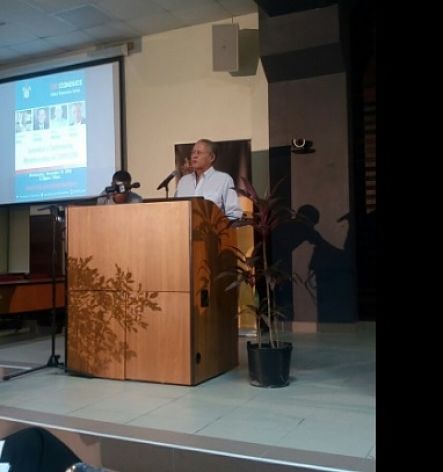 PROS & CONS: "We need a bigger pond to fish in," Golding told his audience. Below, King and Arthur greeting attendees.

When Jamaica, under PM Sir Alexander Bustamante, pulled out of the West Indies Federation in 1962, this move set in motion a chain of events that ultimately led to the demise of the federation. Some four decades later, there is growing concern that Jamaica could soon exit the Caribbean Community (CARICOM), as local stakeholders increasingly give consideration to the significant benefits of our continued membership in this 43-year-old body.

As news watchers will recall, former Prime Minister Bruce Golding has been tapped to chair the country’s CARICOM Review Commission, which will conduct ongoing research and later submit the findings.

On Wednesday, Golding was among a four-member panel, brought together by the UWI Mona Department of Economics, to discuss the topic “Jamaica’s Continuing Membership in CARICOM”, for the second leg of the department’s new policy discussion series. The insightful, well-attended session, hosted by the Faculty of Law, benefitted from sterling contributions by Larry Watson (Director, Jamaica Chamber of Commerce), Dr. Damien King (senior lecturer, economics, Mona) and Hon. Owen Arthur (former Prime Minister, Barbados), joining Golding on the panel.

Golding made his position clear, likening CARICOM to a small pond of fish – a pond that Jamaica still needs to be a part of on the road to future growth and development. “Jamaica is not in a position to generate and sustain its economic growth internally. Our market lacks the depth and diversity,” he said. “This neighbourhood is all we have. We can’t relocate to Singapore or join the United States as the 51st state. But we need a bigger pond in which to fish. Where will this pond come from? Logic implies that we look to the region. We have to look at the neighbourhood.”

But fundamental changes, serious changes, are needed going forward, Golding emphasized, especially when it comes to negotiating trade deals. “It’s not going to be an easy road, but it’s better than sowing seed on stony ground. The revised treaty (of Chaguaramas) could do with some improvements,” he said, reminding us that the treaty, which sets out the bloc’s objectives and methodologies, was revised over ten years ago. “2016 is largely different from 2001 when it was drafted. There are several fixes that we need. Nations have to co-exist. We have to find a way to make it work.” 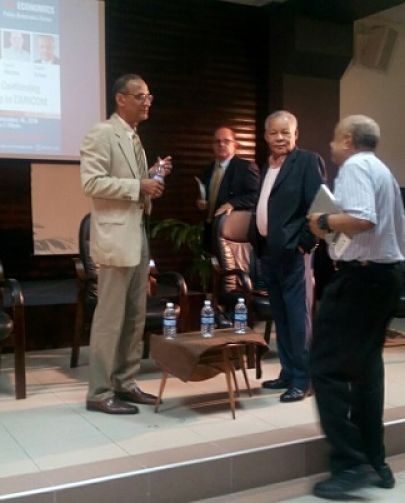 While King put forward sobering arguments in his “economic case for regional integration”, Watson, “an unapologetic supporter of CARICOM, but not a blind supporter,” said whether or not CARICOM is still good for business for Jamaica, it’s “overly ambitious” goals can only be achieved by putting sustained action behind those goals and objectives.

Meanwhile, Arthur drew comparisons between his native Barbados and Jamaica, analyzing the terms of engagement, the strengths and weaknesses, of their respective trading history. Regardless of the faults and failings, he concluded, Jamaica has a critical role to play in CARICOM’s journey forward.

“There should be no decision by Jamaica to end its membership in CARICOM. There is a very strong and compelling case for Jamaica to help strengthen the Single Market and Economy, as the best preferential market for trade, and give strong leadership,” said Arthur, who likens CARICOM, established in 1973, to “a dismal failure in need of rescuing.” “CARICOM will only succeed by [member states] implementing business strategies and trade agreements for growth with the rest of the world. The time is now to make that a reality.”