ON THE RECORD: Songstress Stephanie on her Christmas album, finding balance, and her mogul ambitions 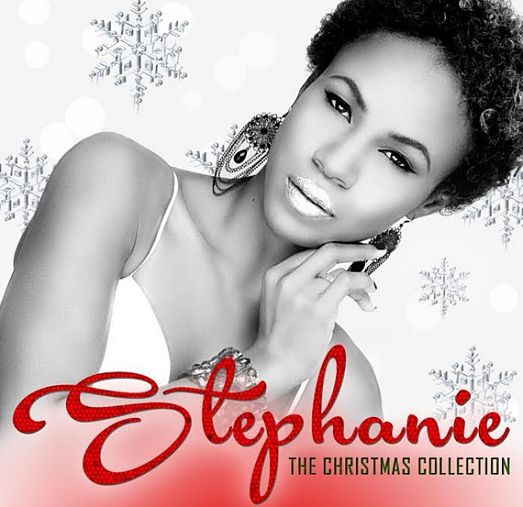 SONGS FOR THE SEASON: The singer interprets carols and classics on the must-hear CD.

THREE and a half years ago, Stephanie Wallace made her entrance onto the local music scene with the groovy reggae-R&B gem “Right Here,” and we immediately sat up and took notice. Since then, she’s had us hooked, serving up a slew of hypnotic singles like “Real Woman” and “Your Love” and such well-received full-length projects as Real Woman: The Album and The Christmas Collection, which is due for a repeat spin this season. But there’s much more to this petite songstress, mother and businesswoman, who runs her own label/company, Havatio Music, and has a hush-hush book project in the works, tentatively slated for a February release. TALLAWAH rang up the mogul-in-the-making to talk about her memorable year, what she really wants for Christmas, and what’s on tap for 2017 and beyond.

TALLAWAH: What kind of year has it been for you?
Stephanie: It was a really productive year. Havatio Music, my company, has partnered with Black Light Records to co-manage me. And half of the year was spent working on my book, which I’m hoping will be ready by February. We are also gearing up to drop the remix for “Your Love”, but at this point the guest artiste is still a surprise. Early next year we’ll release about two more singles, and I’ll be opening for Peter Lloyd on the Pure Love tour.

TALLAWAH: That’s a lot to look forward to. Let’s talk about your Christmas album, which was first released in 2013. Why was it important for you to re-release it?
Stephanie: I wouldn’t call it a re-release; it’s an album for the holiday season. Christmas comes around every year, and I love to revisit it and put some fresh power behind it. People call me from time to time asking for physical copies for their gift baskets, and companies will order copies in bulk. So there’s always a demand for the album.

TALLAWAH: That’s hard work paying off. So, as an indie artiste, what’s it been like carving out a niche for yourself in the ubercompetitive music industry?
Stephanie: All of us as indie artistes appreciate getting mainstream recognition. But, as an independent artiste, you have 100 percent control of your revenue, and I think that’s the biggest perk. But partnering with Black Light has me poised for greater things. It’s offering me the opportunity to still be an indie artiste but reach a wider market.

TALLAWAH: What’s on your Christmas wish list this year?
Stephanie: I’ve already gotten what I want: the ultimate purse (Laughs). I also want Jamaica to have a #CrimeFreeChristmas, so let me jump behind that initiative real quick. And being around friends and family, the people who love you, that’s always great. And I want to be debt free! (Laughs). So let’s raise a glass to that.

TALLAWAH: Since your breakout, you’ve worked with a slew of fellow indie artistes, but who are some of your dream collaborators?
Stephanie: The list would be too extensive to name everybody. There are so many artistes I admire that I’d love to work with. But if I had to name only one, I’d pick Alex A-Game, who is another indie artiste that’s very talented.

TALLAWAH: Turning towards 2017, what do you hope to improve on or do differently in your creative life?
Stephanie: Creatively, I’ve been in a really great space, but I’d probably make more time to song-write; zone in creatively on the songwriting process. It’s a lot to balance – managing my career, running my company and being a mother – so I also want to take better care of myself and how I deal with the demands on my time as an artiste and as a woman.

TALLAWAH: Looking 10, 15 years down the line, what are your ultimate career goals?
Stephanie: I want Havatio Music to become one of the leading independent record labels in the region, competing directly with other international labels and helping artistes to hone their skills. I think all the experience I’ve gained over the years will help me have a major impact on the local scene. I want to give other artistes the opportunity to fulfil their dreams.

> Order your copy of The Christmas Collection at iTunes.com.

Email ThisBlogThis!Share to TwitterShare to FacebookShare to Pinterest
Labels: Christmas, In The Mix, On The Record, Stephanie, Talking Music