PUMP UP THE VOLUME: Grace Jones’ life story headed to the big screen 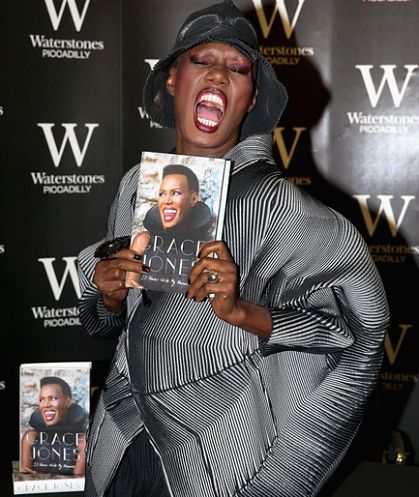 CAMERA READY: The superstar's fans will be treated to personal footage and live performance clips.

What will the official biographical film project about the life and times of Grace Jones look like? If new reports are any reliable indication, the finished product will not be out of place among the documentary features that so eloquently captured the stories of Usain Bolt (I Am Bolt) and Bob Marley (Kevin MacDonald’s Marley), among other icons.

Commissioned by BBC Films, Grace Jones: The Musical of My Life will come to audiences later this year as “an observational portrait” that combines personal video footage with staged musical sequences to offer a detailed, up-close-and-personal snapshot of the life of the now 68-year-old pop legend and provocateur, who was born in Spanish Town, St. Catherine, but migrated to England (at age 13), where her meteoric rise to fame began.

Sophie Fiennes, sister of acting powerhouses and siblings Ralph Fiennes (The Reader, The English Patient) and Joseph Fiennes (Shakespeare in Love) will helm the project, which is being distributed by Picture House Entertainment.

Jones shot to stardom with disco hits like “Pull Up To My Bumper” and “I Need A Man” (to cite a couple of her party-starting anthems), while her film credits include sizeable roles in the James Bond classic A View to Kill, Boomerang, Conan the Destroyer and Shaka Zulu.  The announcement of the film’s impending release comes in the wake of her 2015 autobiography, I’ll Never Write My Memoirs, which graced bestseller lists around the world. THE CHOSEN ONE: Who will succeed Prof. Mervyn Morris as Poet Laureate? The National Library of Jamaica has issued a call for nominations from the general public for worthy candidates to fill the post of Poet Laureate of Jamaica, for the 2017-2020 period. Nominations open officially on Monday, January 9 and close on February 13. Go to nlj.gov.jm/poetlaureate/nominations.htm for more information. 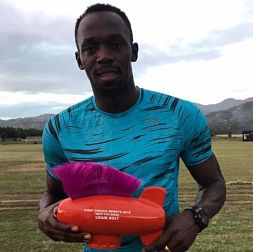 THE KIDS ❤ BOLT: The awards and prizes continue to roll in for sprinting powerhouse and philanthropist Usain Bolt, who recently picked up the Nickelodeon Kids’ Choice 'Need for Speed' Award to add to his impressive and ever-growing collection. Bolt, who is the frontrunner for Sportsman of the Year honours at next week’s RJR Sports Foundation Sportsman and Sportswoman of the Year awards ceremony at the Jamaica Pegasus Hotel, also copped an award from France’s L’Equipe recently and is the reigning IAAF World Male Athlete of the Year.