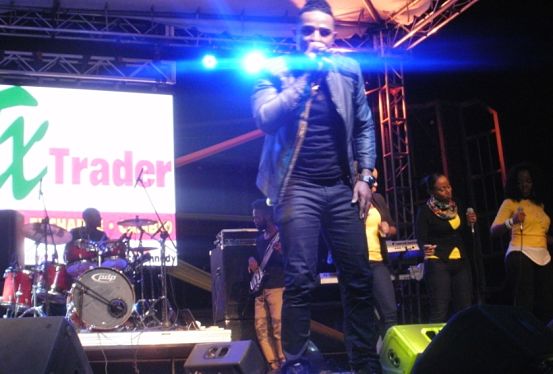 ALL FIRED UP: Sizzling performances came from DJ Nicholas, Kevin Downswell and Deitrick Haddon, among others.

The best moment at First Fest 2017 saw Kevin Downswell and Prodigal Son sharing the stage like long-lost brothers reunited at last and rekindling their friendly rivalry. The gospel kingpins put on quite a show for the patrons who came out in their hundreds to the Ranny Williams Entertainment Centre on Monday to start off the year with a hefty dose of worship and praise.

After the rousing “Ketch A Fire”, they delved into their new collabo “Can’t Cool”, a quick-tempo track that soon had everybody singing along. Having won over the crowd, they shared a brotherly hug, Prodigal exited and Downswell was left to complete his solo set and close the concert on a supersonic high. Earlier, he opened robustly with “Nobody Loves Me the Way You Do,” before segueing into “That’s Enough (I Got Jesus)” and a treasure trove of fan favourites, including “All the Way,” “If It’s Not You” and “Stronger.” 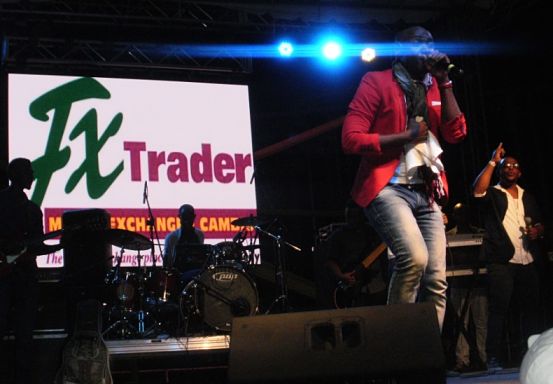 Under the theme “Celebrating Gospel’s Best,” the megaconcert (emceed by Markland Edwards, Basilia Barnaby-Cuffe and Nadine Blair), lived up to expectations, with a near-seamless blend of thrilling live performances, soul-stirring testimonies and feel-good vibes. Massive kudos are due to organizers Action Entertainment and title sponsors AIM Financial Limited for the outstanding production value.

It’s safe to conclude that patrons left the venue not only mesmerized by Downswell’s magnificent stagecraft but by the splendid artistry and musicianship of international headliner Deitrick Haddon. An incredible live performer, he electrified the crowd, relying solely on kinetic energy, a booming voice and his accompanying tracks.

Comfortably clad in black sporty gear, he went on to deliver a medley of his well-loved hits (“He’s Able,” “Well Done” and “Be Like Jesus,” among others) that brought out his unbridled party-boy spirit. And the crowd loved every minute of it. “I got excited when they told me I was coming to Kingston, so I came to give God some crazy praise,” he told the rapt audience. Next time I’m coming with my band.” Promise duly noted. 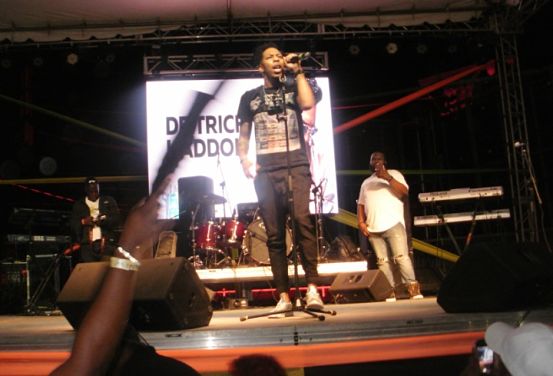 Deafening shouts of approval also greeted the high-energy stage work from DJ Nicholas, whose “Holy Ghost Gym,” “Drive It Out,” “Back to Di Owner” and “Show Me” (a brand-new song inspired by his father) made strong connection. Comeback kid Prodigal Son was also in fine form, taking patrons down memory lane with songs from his vast catalogue. Most memorable of the lot: “Go to God Again,” “I Wish,” “The Journey Continues,” and “Blessings Ah Run Me Down.”

He was preceded by fast-rising sensation Rondell Positive (“More Than a Conqueror,” “He’s All Over Me”), no-nonsense prayer warrior Sister Patt, Keesa Peart and Westmoreland-based singer Sebastian, who paid tribute to the late Sister Scully with a medley of her popular anthems. To say the least, First Fest has whetted the appetites of concertgoers for the feast of live music that awaits them in the months ahead.