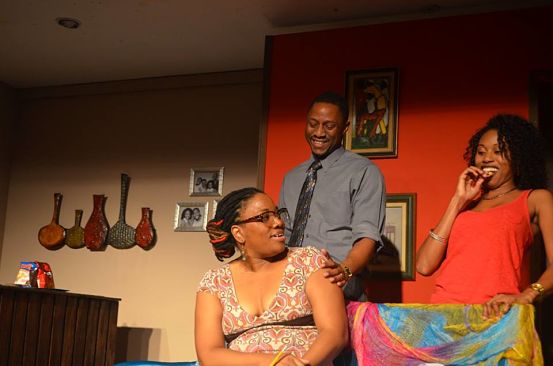 FAMILY MAN: Johnson (as James) surrounded by his queens (played by Suzanne Beadle and Renae Williams) in 70X7: The Real Truth.

DON’T be fooled by Stephen-Rhae Johnson’s clean-cut image and cool-calm-collected demeanour. This 28-year-old is a competent and intuitive actor fast-tracking in his career, who brings grit and fierce intelligence, surprising depth and range to his portrayals. For proof look no further than his breakout turn (alternating with Wynton Williams) as the titular Old Testament hero in Father HoLung & Friends’ mega-musical Moses, for which the Actor Boy judges have nominated him for Best Actor for the upcoming awards, putting him in the company of such seasoned pros as Jean-Paul Menou and Glen Campbell.

He has one word to sum up the experience. “It’s surreal. I know that word is used a lot, but I can think of no better word to describe what I’m feeling,” confesses Johnson, a self-proclaimed church dude who got a kick out of breathing life into a Biblical patriarch for whom he’s always held deep admiration. “It was fun being Moses. It was truly a wild ride and a rollercoaster of emotions trying to bring what you read in the script to the performance and putting your own flavour to it.” 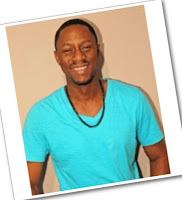 Johnson, who is of average built and stands at six-two, has worked with the Father HoLung crew before, co-starring in 2008’s Jam Reggae Opera after acing the auditions. He’s also done time with the Jamaica Musical Theatre Company (2009’s Beauty & the Beast) and gotten tips from David Tulloch (2016’s Block 24, At the Barricades). But being a part of the spectacle and majesty of Moses (thanks to a recommendation from lighting maestro Robin Baston) has been the chief highlight of his fledgling career so far. “Just to be called in to do a role like that,” he reflects, “was a feat in itself.”

Johnson, who got bit by the performing-arts bug as a kid acting and singing in shows at the Trench Town New Testament Church, is intent on building a solid body of work populated by roles that show off his stage presence and versatility. That’s precisely why he accepted the part of James Morgan in this month’s 70X7: The Real Truth, playing a devoted father and husband grappling with a major family crisis.

“James is a man trying to keep his family together, and I admire that. He’s trying so hard not to lose his cool and keep his secret that the pressure starts to get to him,” Johnson shares, sitting across from me inside the Phoenix Theatre, moments after wrapping another sold-out performance. “He’s a complex character. There’s a lot going on inside that he feels he cannot share, and I can relate to that; that need for self-preservation.” 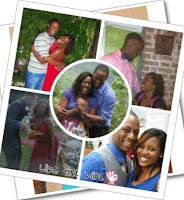 But the theatre door is where the drama ends for this Spanish Town-by-way-of-Portmore native, who has been happily married to his longtime sweetheart Davi since August 2016. “I’m proud of him. This is his passion. He’s very alive when he’s on stage. That’s how I met him,” she tells TALLAWAH.

When he’s not inhabiting strong masculine characters or playing Mr. Romantic at home, Stephen-Rhae Johnson (a Wolmer’s Boys alum who holds Computer Science degree from UWI Mona) works as a network administrator (“a very challenging job”) in a field he’s passionate about. But the stage will always be his first love.

“I love the idea of evolving as an actor. I’m a student of the theatre and acting as a craft,” shares Johnson, whose idols include Johnny Depp, Steve Carell and Denzel Washington. “I’m looking forward to evolving some more. And I think it’s rewarding to help others develop their talent as well. Talent is just one side of the coin; you have to work hard at it.”