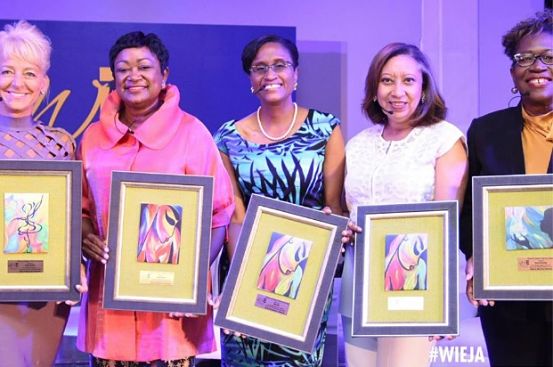 An Oscar winner. A government minister. Five game-changing businessmen. Dozens of classy, high-powered leading ladies. A room full of smartly dressed, ambitious career women taking notes and bursting into intermittent peals of laughter and loud cheers. Such was the scene inside the Jamaica Pegasus Hotel ballroom, as the second annual Women In Energy conference kicked into high gear on Friday morning.

What a high-energy affair it turned out to be, more than living up to expectations with enough empowering and inspiring testimonies to launch a space-shuttle, ample humour, indelible examples of genuine sisterhood, and a surplus of evidence that Jamaican women keep it real when it comes to “doing power differently.”

JPS CEO Kelly Tomblin took us down memory lane with snapshots of her journey from being a precocious five-year-old “who knew how to pose” to morphing into a teenage whiz kid and a globe-trotting dynamo. Director of Public Prosecutions, Paula Llewellyn, gamely riffed on overcoming her fear of publicly ordering size-11 shoes and the courage and self-confidence it takes to excel at her job daily in the face of infernal heat and palpable pressure.

Flow’s Rochelle Cameron also expertly blended the serious and the funny as she challenged the women to find the courage to leave that stifling comfort zone and “get up, dress up and show up”, each and every day, regardless of how you feel. Vice President of Legal and Compliance Affairs at JPS, Katherine Francis, moderated a spirited discussion on rising through risk and resilience that touched on the importance of practising mindfulness, not to mention the psychology game that comes with life in the corporate world. 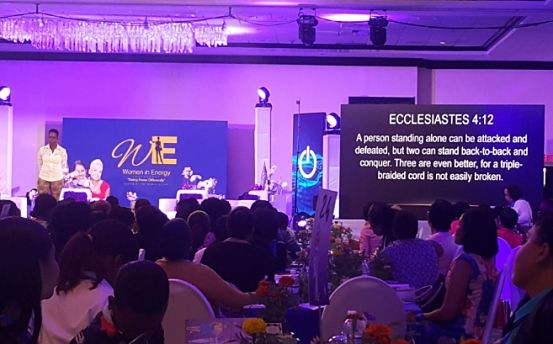 Global Directories’ Tshani Jaja (above) had the women in her thrall as she rivetingly combined scripture and hard-earned wisdom to address sisterhood, bullying and building your tribe in spite of the odds. “Each of us is here to leave a legacy for the next generation to follow,” she reminded us, “and give them a firm foundation to build on.”

This was a point echoed by Lesley-Ann Goldwasser, a Zimbabwe-born philanthropist and filmmaker, whose 2010 documentary Music by Prudence (about talented disabled kids fulfilling their dream of visiting and performing in America) won an Academy Award – and the New York Times bestselling author of children’s books Laura Duksta (I Love You More), who talked about harnessing your power through compassion, imagination and love. 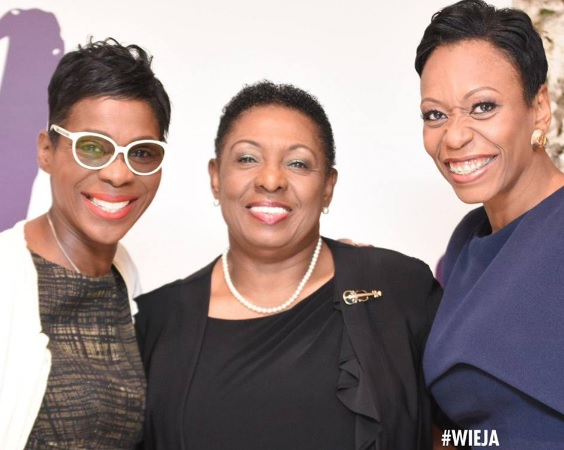 Management consultant Nsombi Jaja, designer Ayanna Dixon and wellness coach Leslie Salmon Jones rounded off a solid programme that was also graced by the culture and gender affairs minister, Olivia ‘Babsy’ Grange (centre, with Cameron, right, and Novia McDonald-Whyte). “Have we done enough to embrace our power as women? There was a time when women could not vote. Now we’ve had a female prime minister, the Director of Public Prosecutions, the Attorney General, the Auditor General, the Solicitor General and the acting Commissioner of Police. All women,” she told the gathering to resounding applause. “Those are significant strides, but there’s more to do.”