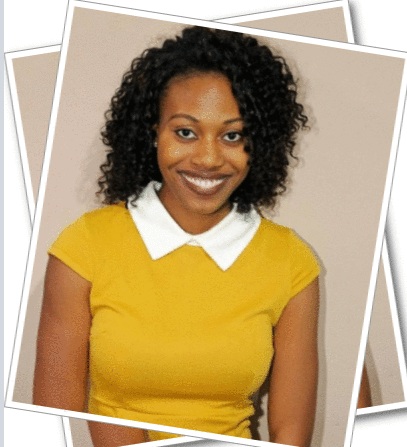 SHE'S GOT IT: Williams, co-starring in two plays this season, is ready for her close-up.

HITTING the books for a pharmacy degree at UTech appealed to Renae Williams’ academic instincts, but like many of her peers in contemporary Jamaican theatre, she soon realized that inhabiting characters under the bright lights is where her natural gifts are.

Since making her commercial stage debut a few years ago (after getting her feet wet with the Tableaux performing-arts troupe), she’s played the conniving wife (Sins of the Flesh), the hard-to-please mistress (Saving Grace), a down-trodden old woman (The Trial of Governor Eyre) and the sassy teenage daughter Jada in 70X7: The Real Truth, still drawing audiences to The Blue Room.

Now, Williams is gearing up to play against type as a devout Christian and single mother whose life takes an unexpected turn in Wah Sweet Nanny Goat, the new comedy-drama from writer-director-producer Fabian Barracks, opening this week at the Phoenix Theatre. Poised and headstrong, focused and determined to stay the course, Miss Williams makes it clear that the night is young on her career. TALLAWAH caught up with the 24-year-old Spanish Town native to talk theatre, finding balance and the joy of self-discovery.

TALLAWAH: Appearing in consecutive theatre productions, in addition to your off-stage duties, has kept you busy in recent times. Are you enjoying the ride?
Renae Williams: I am, and it’s been a fulfilling experience. I’m not an outgoing person, not very social, so when I do theatre it fills a big fat gap. I enjoy becoming a different person. I love that idea.

TALLAWAH: Who is Renae Williams?
Renae Williams: Renae is a young creative mind. Although I studied pharmacy at UTech, the creative side has always been dominant. I am the creative arts director at my church, so I write plays for productions that we put on. I also wrote pieces that have won awards at the JCDC Festival and Tallawah [at UWI Mona], and I still write poetry. The arts are my passion.

TALLAWAH: Your new play, Wah Sweet Nanny Goat, opens in Kingston this week. Tell us about the character you’re portraying this time around.
Renae Williams: I play Janet, who is actually a young single mother who is very rooted in her church. She can be very strict and she wants to impose her Christian beliefs on her daughter. But some unfortunate events happen, and Janet’s true character is exposed. 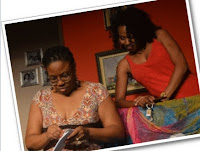 TALLAWAH: Interesting. You’ve already worked with showrunners like David Tulloch, Suzanne Beadle (left) and Fabian Barracks, among others. What have you been learning on this journey?
Renae Williams: All the directors approach their work differently, so when I’m working with a new director I try to understand their particular style, and that helps to make the process a bit smoother. Once I have an understanding of what they’re trying to achieve, you’re better able to get the job done.


TALLAWAH: What’s the best of advice you’ve received since becoming an actress?
Renae Williams: One of the more recent pieces of advice I’ve been given is that I am young and talented, therefore I should try to hone what I have; I’m not to hold back on my talent. And I’m not very social, so I’m being encouraged to get out there more and explore my options.

TALLAWAH: We all have our mountains to climb and trials to endure. What are some of the hurdles you’ve had to overcome in the pursuit of your dreams?
Renae Williams: The one big problem in my way was pharmacy school. I couldn’t wait to be done with it! (Laughs). The deeper I got into theatre, the harder it became to juggle school and preparing for shows. I had to give up a lot, sometimes rushing from school to get to rehearsal on time. A lot, a lot of sacrificing.

TALLAWAH: Are you working in pharmaceuticals now?
Renae Williams: No. Actually, I’m the sales and promotions manager at Made for Kids. I’ve been with them for two months now. We specialize in deodorants, bath washes and other supplies for kids.

TALLAWAH: What keeps you grounded?
Renae Williams: Just my passion for the arts. I love writing plays and poetry, doing stuff at my church. My writing helps me get through a lot of stuff. When we put on a a show and it’s well-received, the feedback is very motivating. It’s fulfilling. I think I’ve found what I’m really passionate about.