TALENT ON SHOW: 5 terrific highlights from the 2017 National Drama Finals 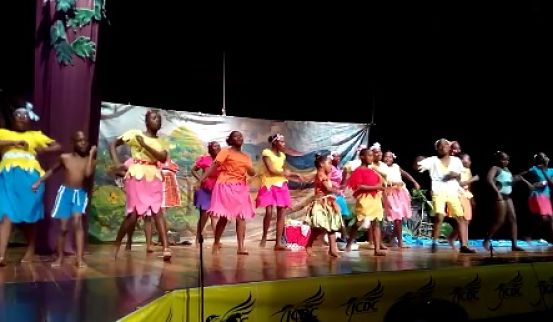 PLAY ON: This year's drama finals drew top-notch performances from schools and groups hailing from across the island.

OVER the course of two days last week, a series of mini productions, community drama excerpts, one man/woman presentations and short plays, from across the island, graced the stage at the Little Theatre in Kingston. They were all cream-of-the-crop pieces (performed by students) vying for top honours in the 2017 JCDC National Drama Finals. There were highlights aplenty. Below, we put the spotlight on five of the most outstanding pieces that left a lingering impression.

“TRAPPED” by Tacius Golding High
Gripping and unrelentingly fast-paced, this experimental mix of spoken word, dub poetry and dramatic tension explored dark human nature (Is the dark side really taking over?), child abuse and other societal ills with splendid results. The student actors brought such vigour and compelling authority to the ensemble piece that it deserves to be fleshed out into a full-length production. A solid A.

“ANOWA” by Excelsior High
In this African tragedy, a headstrong but love-sick young girl (Tamaj Wright) gets a rude awakening after what she believes she’s found is true love with Kofi (Jonathan McLaughlin) turns out to be a perfect illusion, not what she signed up for. Her disapproving parents tried “to protect her from her folly” but their efforts proved futile. Strongly acted by a committed cast with minimalist staging, Anowa is about pride and prejudice, choices and consequences of life-altering proportions.

“THE BED-BUG MONSTER” by Edwin Allen High
We had anticipated an amusing piece or two from the realm of children’s theatre, and we were not disappointed. Watching this light-hearted and witty send-up of childhood fears (set in a magical wonderland), in particular, we followed a young girl (Goldianna Walker) finding the courage to stay strong in the face of grave danger. The Edwin Allen High posse gets high marks for the whimsical, elaborate set design and an infectious fervour that won over the audience.

“SECRETS” by Excelsior High
A hotshot lawyer, his frustrated wife and her mean-spirited folks (a boisterous mom and hot-to-trot younger sis) are at the centre of this cleverly written and well-paced meditation on betrayal, corruption and the ties that bind. Kudos are due to Ramario Ricketts and Akaila Simms for their convincing turns as the lawyer and wife, character work that highlighted their potential for breathing life into dramatic roles.

“THE DOUENS ARE BACK” by Port Antonio Theatre Group
Though bolstered by lively musical numbers and youthful exuberance, this terrific piece came laced with sobering messages about parent-child relationships and taking the requisite steps to ward off evil. At the same time, it offered a sterling example of the theatrical arts as a tool for education and entertainment.