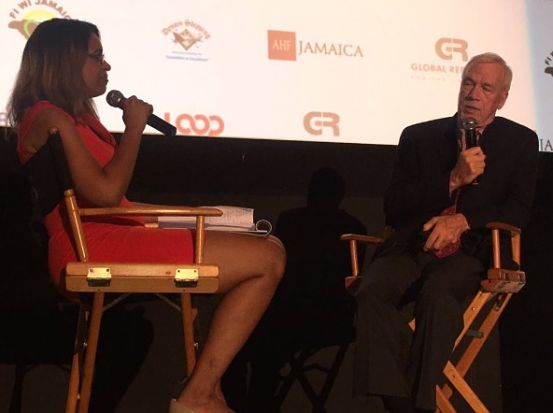 SET SCOOP: Robinson reminsces with Global Reporters' Zahra Burton following Wednesday's screening; (below) with Michael Keaton, who portrays him in the film.

WORKING on that juggernaut child-sex abuse-in-the-Catholic Church story that went on to win the Pulitzer Prize in 2003 presented Walter Robinson with one of the biggest challenges and most eye-opening experiences of his adult life and decades-long journalism career.

The veteran Boston Globe editor, who led the team that inspired the film Spotlight (2015’s Oscar winner for Best Picture), says the experience only reinforced what he’d known all along: investigative journalism is at once a minefield to be navigated with the utmost precision and a work zone where there’s no shortage of lessons on humanity and human nature as you toil to break the big story.

“It was difficult, but the issue wasn’t to protect the church; we had to get the story,” says Robinson, who was the guest of honour at a special screening of the film (followed by a Q-&-A), hosted by Global Reporters of the Caribbean at the Carib 5 Cinema in Kingston on Wednesday evening. “I was a lapsed Catholic when we did our reporting. I was raised Catholic in the 50s and 60s, and our lives revolved around the church. So it was a shock. It was extraordinarily difficult for a lot of Catholics when the story broke. The institution had let them down.”

Robinson is referring, of course, to the ‘bombshell’ that for years dozens of priests had been brought before their superiors on charges of child molestation – cases that were largely buried to protect the church. But according to Robinson (portrayed in the engrossing film by Michael Keaton), they were a team of reporters committed to exposing wrongdoing via solid reporting.

What they encountered, as the Tom McCarthy-directed film shows us, were sealed documents, legal tussles, and a fierce back-and-forth that led all the way to the top brass of the church in and around Boston. But they stuck to the task at hand, embarking on roll-up-those-sleeves digging and painstaking investigation, including door-to-door trips to interview former victims and their families – work that eventually bore fruit. 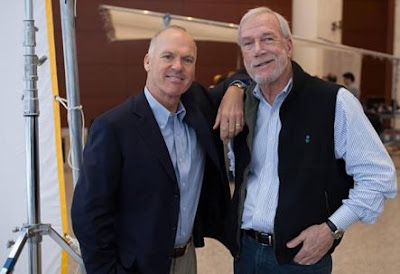 “The film is faithful to what happened, step by step. It’s almost unbelievable to think something like this was going on,” he noted. “We couldn’t have done the story without the documents. The church would have come back at us so hard.”

As far as punishment goes, Robinson says there was some semblance of justice. At least 15 priests were given prison sentences. One died behind bars. “The church defrocked most of those priests,” Robinson pointed out, “and washed it hands of them.”

Unsurprisingly, when the hundreds of phone calls started pouring into the Boston Globe offices after the story broke, the reporters got an earful – a mix of backlash and heartfelt thank yous from members of the public. “A lot of them called to thank us, and more victims came forward. But some of them turned on us,” the editor recalled.

“Before [the sex-abuse scandal] we had done a story on public corruption, and we asked readers to contact us if they knew of any other cases. In the week we had about 500 phone calls from people giving us info on other instances of corruption throughout Massachusetts. It’s very rare for people to make up this sort of thing,” he concedes. “The dirty little secret of journalism is we only get what people tell us, and they won’t tell us unless we ask them.”