NOTHING TO LOSE: Has breaking world records become a cliché for Usain Bolt? 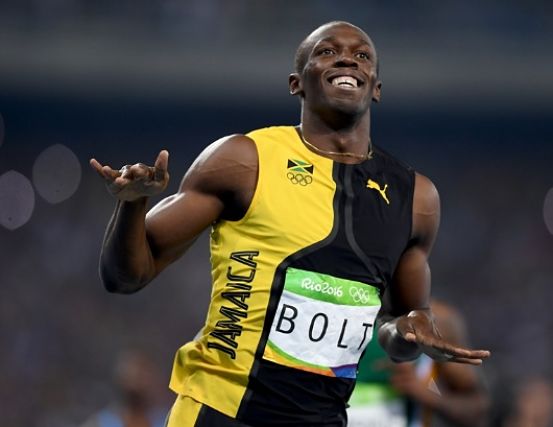 FOR MY PEOPLE: This final season, Bolt says, is dedicated to the hard-to-please fans.

PERHAPS being a stone’s throw away from retirement has got Usain Bolt focused on simply winning his races convincingly and leaving the sport on a golden high. But being in the proverbial departure lounge has seemingly brought, too, relief from the pressure of lowering his world records. Been there, done that, so to speak. As he tells it, at this stage of well-decorated athletics career, there’s nothing to prove, and his die-hard fans will agree.

“The fans in Jamaica know that when I show up, I always show up at my best. I always go out there and give my all. I always try to make sure they’re happy because they’re hard to please, but I try my best,” the sprint legend said on Thursday, addressing reporters at a Jamaica Pegasus-hosted press conference for the JN Racers Grand Prix, where he’ll give his final 100 M performance on Jamaican soil on Saturday. “This season is all about just trying to win and continue winning and end my career on a winning note. So that’s really my focus this season – to try and get everything right.”

In the same breath, Bolt, who holds the world records of 9.58 seconds (100M) and 19.19 seconds (200M), says what’s’ equally important is being the pride of a nation and the golden boy and consummate sportsman, who’s always brought glory to his beloved Jamaica, through thick and thin. “Growing up I got a lot of love, I got a lot of push. I got a lot of banter also from the country,” he told the gathering, “but it was always love that allowed me to work hard and to be like the great Bob Marley himself, just trying to make the country proud and put my country on the map.”

And achieving legendary status along the way. “I think I’m a legend,” Bolt, 31, conceded. “I work hard. I’ve done everything I possibly can do to prove myself as one of the greatest athletes ever.”