‘THIS IS IT’: Usain Bolt says retirement plans remain on course 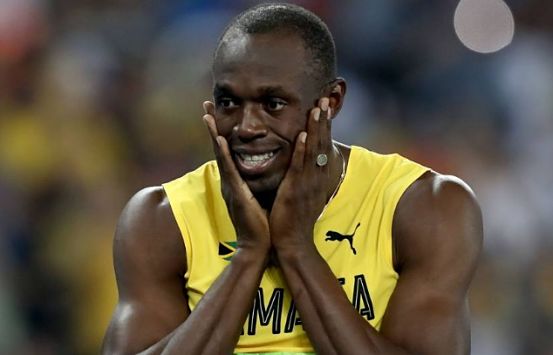 OH, BROTHER: “It’s not really that stressful this season,” Bolt, 30, says on reflection.

IT’s a done deal. No ifs, ands or buts about it: Usain Bolt will retire from the sport of athletics when the curtains come down on the 2017 IAAF World Championships inside the London Olympic Stadium in August. But, unsurprisingly, there are those in and outside his circle who would love to see him add a few more years to his well-decorated career. But, as he recently told the BBC (a story picked up by NBC’s OlympicTalk), that’s the last thing on his mind. He feels certain that now is the time to bow out – and bow out gracefully.

And once he hangs up those spikes, there’s no way he’ll pull a Michael Jordan and un-retire. “If you look at a lot of top athletes, that’s one thing they use to damage their careers, just a little bit,” says Bolt, who will celebrate his 31st birthday in the weeks following the Championships in August. “By being so dominant throughout their career, retire, then miss the sport and come back into the sport to something different, you know what I mean? And I don’t think my coach would coach me [in a comeback] either.”

Speaking of his coach, Bolt says he and the guru Glen Mills and the rest of the team have been trying out a few new things in training. “It’s not really that stressful this season. My coaches really adjusted my programme, so it’s not as it used to be,” the 8-time Olympic gold medallist explains. “But it still gets me where I need to go.”

Before the final hurrah in London, Bolt has the JN Racers Grand Prix at the National Stadium on June 10 and possibly a couple more meets. He’s been keeping a close watch on the happenings this season (rather uneventful so far), including the impressive results one young Canadian rival has been garnering.

“The only person I’ve seen compete at his best [this season] is André DeGrasse,” he points out. “He’s really shown promise early in the season,” says the sprint legend. “I always wit until the trials to see who’s really stepping up because that’s when it really matters.” For the record, the National Senior Trials are scheduled for the final week in June at the National Stadium.

In a nutshell, Bolt is focused and getting ready to give us the final act – and bid farewell on a golden high. “I’m back on my diet now,” he dishes. “My coach tells me to stay focused because [this] is the home stretch.”