ARTIST SPOTLIGHT: Actress Rosie Murray talks Slice of Life, giving back, and being a survivor 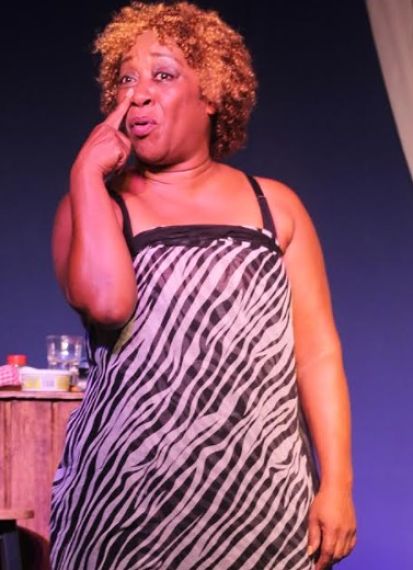 THE proof of the pudding is in the eating. For award-winning actress Rosie Murray, such an idea is rooted in the literal and the figurative, given her awesome culinary gifts and the dozens of well-baked productions (on screen and on stage) she’s starred in since embarking on a life in showbiz back in the ’80s. The latest of the lot is Slice of Life: A One-Woman Show That Dishes Everything, her utterly candid two-hour solo adventure that recently brought the laughs and some food for thought to the Phoenix Theatre in New Kingston. On Sunday’s closing night, there was free bread pudding for everyone! The 58-year-old star (whose multiple hats also include veteran broadcaster) invited TALLAWAH to her cozy dressing room to dish about putting her stories out there and what she’s most looking forward to in the next chapter of her life.

TALLAWAH: Congrats on the success of Slice of Life, a very amusing and enlightening show. You present your truth-telling with such candour. Have you always been this confident in speaking your mind?
Rosie Murray: Yes, and it used to get me in trouble a lot. But now I’m being a lot more diplomatic because sometimes you have to just let go of certain things. And I think it shows a level of maturity when you can be honest about your shortcomings.

TALLAWAH: So that notion in part inspired the show.
Rosie Murray: Yes, and what I include in the show is not even half of my experiences. What I really wanted to do with Slice of Life is show audience members some of the things I’ve been through, some of the mistakes I’ve made, so they won’t make some of those same mistakes. Slice of Life is also about survival. It came out of a need to talk about things, some of the things I’m including in the autobiography I’m working on. What amazes me most has been the response. I did the show on May 11 as a kind of birthday celebration, and [producer] Nadean [Rawlins] saw it, and said we had to do a longer run, and so we worked on it with [Owen] Blakka [Ellis] for this season.

TALLAWAH: Rosie, after 58 years on the planet, what has life taught you about success?
Rosie Murray: That you must not allow success to inflate your ego, because once the ego takes over creativity goes out the door. You have to stay firmly rooted and grounded. Success has taught me to be humble and to be grateful for the talent I’ve been blessed with.

TALLAWAH: For the record, you absolutely deserved that Actor Boy win for Not My Child. Brilliant performance.
Rosie Murray: Thanks. That character was the most challenging I’ve ever had to play, and I have to give thanks to David [Tulloch]. He’s written some of the most complex but interesting roles that I’ve been able to play since I started working with him. He really pulls stuff out of you.

TALLAWAH: What is your current state of mind? Do you feel older and wiser?
Rosie Murray: As a person, you don’t really change. You just get rid o f the kinks over time. (Laughs). I don’t feel older but I do feel wiser. At this point, I want the next chapter of my life to be effortless and stress-free. I’m a single person now, so I milk the pleasures of my single life.

TALLAWAH: From radio to stage to screen, your star power is undeniable. What do you consider your greatest achievement?
Rosie Murray: I would say just surviving through all of my challenges and maintaining myself. I’ve weathered many storms, but through it all I’ve maintained my core being.

TALLAWAH: And you’re still a force to be reckoned with. How do you move forward and keep your strength?
Rosie Murray: I’ve decided I’m going to use my skills and craft in the latter years on some major projects. I want to do more Slice of Life shows, and I’m taking the show on the road. I’ve spent so many years working for people that now I want to do more for myself. I want to hone some young talents and help some young people through their storms. That’s what I crave now, wanting to share more and be there for other people.