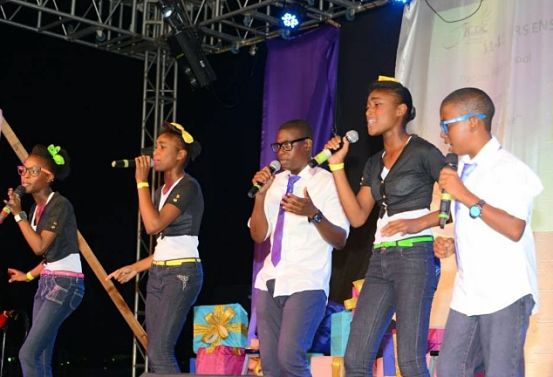 “IF music be the food of love, play on.” The performers who graced the stage at the JCDC’s Best of Festival – Musicfest 2017, at the Ranny Williams Entertainment Centre on Tuesday night, took Shakespeare’s words to heart, as they served up a richly melodic and eclectic feast, steeped in the kind of mature artistry that makes you sit up and take proper notice.

The two-hour concert, showcasing cream-of-the-crop vocal and instrumental pieces from nearly all the parishes, was a hugely enjoyable affair that ended all too quickly.

Charlemont High students, chaperoned by Asafa’s big brother Nigel Powell, made a few trips to the stage. Apart from their doo-wop fabulous Motown Medley, featuring a mixed ensemble performing “Ain’t No Mountain High”, “The Magic Moment” among other nostalgic numbers, they had a saxophone soloist, Kevon Clarke, offering a thrilling interpretation of Alicia Keys’ “If I Ain’t Got You.” Later their band struck up a jam session performing some bold originals.

Another institution obviously blessed with a vibrant music/arts programme is Ardenne High, whose all-male sextet gave a stirring acapella rendition of “Hold On”, encouraging their peers and older folks alike to “keep your hand on that plough.”

A teeny-tiny female duo from Irwin Primary won over the crowd with their Jamaican popular reggae piece “I Can See Clearly Now”; a group hailing from Montego Bay Community College sang their hearts out for “Tribute to the Great Jamaica”; the Sweet Sounds ensemble got plenty of love for their rendition of “One Acre in Jamaica”; and an energetic boys’ troupe from Portmore Missionary Prep took us to the Motherland (and showed off their budding drumming skills) with “Drumification.”

But it was the soloists who earned the night’s most resounding applause. Among the most memorable: Children’s Gospel winner Teville Henry (St. Aloysius Primary), Brown’s Town High’s Sasha Gay Solomon, Ardenne’s Simona Soares and Raheim Wellington (Cornwall College), whose booming baritone served him well as he sang “His Name is So Sweet.”

Best of Festival 2017, spotlighting the most outstanding gold medallists, in the JCDC-run National Festival of the Performing Arts, continued throughout the week with Traditional Folk Forms, Speechfest, Dramafest and Dancefest.