LIVING ON PURPOSE: Gospel star Rondell Positive opens up about lessons learned, family life and his brand of reggae worship 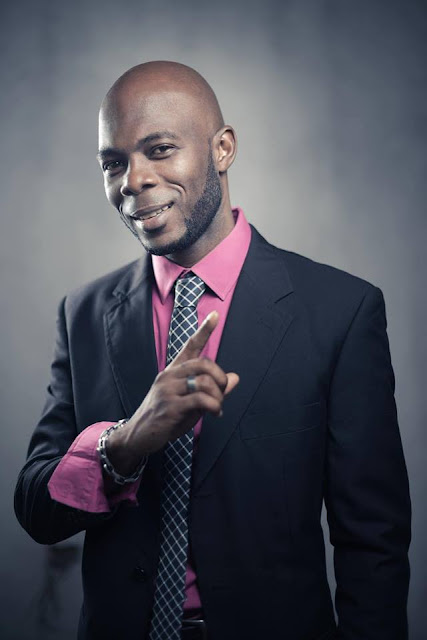 IT SUITS HIM: The 39-year-old entertainer and family man finds a place among today's leading men of J'can gospel.

IT’s almost half-past noon on this sunny Tuesday in the city when Rondell Positive’s urgent, man-on-a-mission steps announce his arrival inside the lobby of the Jamaica Pegasus Hotel. Dressed in a denim shirt, jeans and shades, he walks with purpose and his words are drenched in purpose. So we are not surprised to discover, mid-way our hour-long conversation on the deck overlooking the glistening pool, that it’s his favourite word.

More importantly, it’s part of a power principle that guides his life – including that burgeoning career as one of the new-generation leading men in Jamaican gospel. “It has been an amazing journey so far. I am not one to complain. I understand purpose, so I count everything as a blessing. I love God, and I am called to his service,” he confides in a speaking tone that epitomizes seriousness.

His serious tone confirms the fact that, at age 39, with an increasingly successful music ministry that’s taking him places, the man-on-a-mission title perfectly suits Rondell Positive. “My main goal in life right now is to get every person I meet to understand their purpose. It’s what I was given to deliver to mankind, so the aim of my music is to influence people to find and fulfil their purpose for being here,” he emphasizes.

By all accounts, he’s off to a solid start, lacing concert crowds at home and abroad with powerful messages and a fiery brand of reggae worship that’s made hits of such singles as “More than a Conqueror,” “Keeping Me Alive” and “Not Afraid,” his collabo with Kevin Downswell. “My style is called reggae worship because I’m a Jamaican who does worship with reggae flavour. Worship is supposed to be a lifestyle; it’s supposed to transform people’s lives and give them a direct connection with God,” explains the entertainer, who lists Buju Banton, Donnie McClurkin and Bob Marley among his influences.

Rondell Positive’s story is a fascinating study of contrasts and transitions. A St. Thomas-by-way-of-Portland native, he’s worked as a schoolteacher employed at the Morant Bay Primary School. He left the College of Arts, Science and Education (CASE) in 2000 with a Diploma in Education and went on to Mico for further teacher training.

In the intervening years, he began honing his craft. Answering the call, he went into full-time ministry in 2015. “Music is my main focus; that’s why I’m still here,” he confesses. In the same breath, he readily harks back to his days working out of the Jermaine Edwards-led Island Worship camp, going on to release his debut CD, Sticks Nor Stones Reggae Worship in 2012. The low-key album, he says, received great feedback from secular-world listeners.

When Rondell Positive thinks of his artistic growth since then, it gives him pause. “I’m grateful, for what is happening for me now has been 10 years in the making. There’s a consistent level of God’s presence in my work,” notes the Titchfield High old boy. “My aim is not to please man. I want my music to provide them with empowerment and solutions for their problems. But at the end of the day, if you please God everything else will fall into place.”

This father of three – all daughters (16, 14 and 11 months old) – has been happily married to Lotoya for the last 15 years. He calls her his “partner in purpose.” Much of his downtime is spent bonding with the wife and kids at their Morant Bay home, reading and testing out his football skills. But the current state of Christian ministry, via Jamaican gospel music in particular, is never far from his thoughts. “Presently, what I see happening in gospel music, I’m loving it,” he offers. “It’s at a place where it can get better.”

For him, the work continues. “Purpose Calling” is the new single up for promotion; there’s a 2018 album in the works and more mega-concert appearances to come for the rest of 2017. In fact, he was a featured act on Downswell’s recent Realignment Tour, and near the end of our interview a call came in from Glory Music head honcho, Tommy Cowan, about an upcoming engagement.

“I want to be touching new lives every day – helping a ghetto youth realize that there’s more to life than carrying a gun and helping a young lady know there’s more to life than glamour,” Rondell says, looking forward to the long and rewarding journey that’s to come. “In life I see success even in failure, because you either win or you learn. You never lose. And that’s the approach I take. Slowly but surely I’m gonna reach my destiny.”