PIECES OF ME: Murray’s hilarious, confessional Slice of Life brings out her storytelling prowess 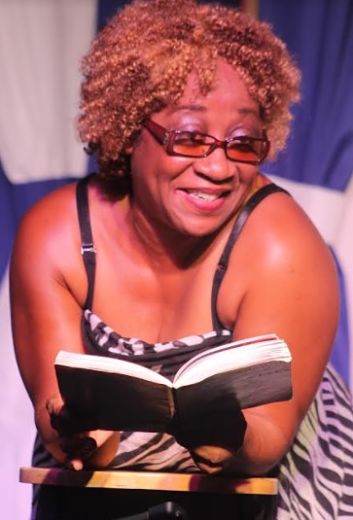 FUNNY GIRL: The award-winning actress reveals some deeply personal truths in her show.

“EVERYBODY has a story and Rosie’s got stories to tell!” Rosie Murray makes this declaration early, as the audience settles in for the emotional rollercoaster that is Slice of Life, her frank and very funny one-woman show. And she more than fulfils the promise of that line.

Equal parts confessional and enlightening, Slice of Life pulls back the veil on the eventful life of a sister who has had her fair share of trials and tribulations, joy and heartache, but who has endured to emerge whole on the other side.

The best solo shows combine riveting testimony, lessons learned and other personal truths with humour and hubris. Rosie’s production, directed by former schoolmate and respected industry colleague Owen ‘Blakka’ Ellis, is as autobiographical and richly amusing as they come. In other words, if you loved the style of Debra Ehrhardt’s Cock Tales, Rosie Murray’s Slice of Life is right up your alley.

Of course, she had to cram five decades into two hours, and so several aspects of her journey were omitted, but what she does deliver vividly shows us the girl she was, the woman she became, and the meaning of evolution.

Actress, broadcaster, telephone operator, sales rep, sister, mother friend – Murray has worn countless hats. She’s been the only ‘coloured’ girl at a British school; she’s interacted with prisoners at the General Penitentiary and collaborated with an undertaker when time came to pay final respects to her dearly departed mother.

She knows all about the lazy, hazy days of smoking weed, what it’s like to come face to face with a robber at the dead of night and, worse, having a stalker on your hands – arguably the most frightening part of her 20-year stint at JBC Radio 1, hosting The Friendship Club after hours.

But on the upside, she recalls getting pregnant at 29 (something she “had to do as a woman – even once”), the glorious time she spent as guest relations boss at the Wyndham, and her timeless passion for good music and deejaying parties.

She shares all these fascinating anecdotes and more with her good girlfriend Yvonne, who joins her on stage – (the setting is her Linstead kitchen and living quarters) – as she gets the ingredients ready for her world-famous bread pudding. It’s a personal touch that makes the show all the more appealing.

In the end, Murray concedes that her life has been one big adventure, and if she had the power she wouldn’t change a thing. As she advises her utterly delighted audience members, “Any situation you find yourself in, ride that wave.” Tyrone’s Verdict: A-

> Interview: Murray on Slice of Life, giving back and being a survivor