BOOK OF THE MOMENT: Dare Not Linger adds a ‘vivid’ and ‘inspirational’ coda to Mandela’s legacy 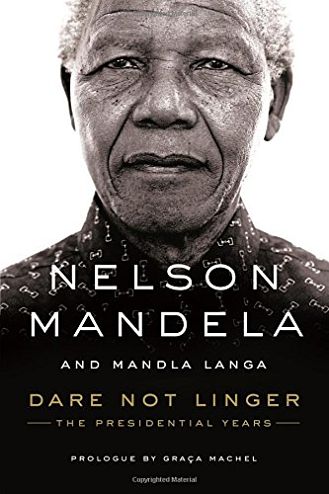 IT’S impossible not to have an opinion about Nelson Mandela, the freedom-fighter and South-African leader who passed away in December 2013 at age 95. Fortunately for his legions of admirers globally, what he has left behind is an inspiring life story that will be handed down from generation to generation. If you thought Long Walk to Freedom, his worldwide bestselling memoir, was the last word from Mandela, think again.

This season brings Dare Not Linger: The Presidential Years, a previously unpublished second volume of the icon’s story in his own words. It’s been expanded with notes and speeches written by Mandela during his historic presidency, making for a worthy companion volume to Long Walk to Freedom.

Ever since his rise to international iconic status, the world has been in Mandela’s thrall – not least because of his fierce anti-Apartheid stance that led to his imprisonment at Robben Island for 27 years. Simply put, he was a man who loved his people and stood up for what he believed in.

World leaders, past and present, continue to sing his praises. “Underneath the history that has been made, there is a human being who chose hope over fear, progress over the prisons of the past,” says former US Commander-in-Chief Barack Obama, another history-making public figure respected the world over. “Even as he became a legend, to know the man Nelson Mandela is to respect him more.”

For Bill Clinton, Mandela epitomized selfless and transformative leadership. “[He was] a rare human being who, in freeing himself of his demons also became free to give his extraordinary leadership to his country and the world.”

Packing 384 pages, Dare Not Linger was published by Farrar, Strauss and Giroux.