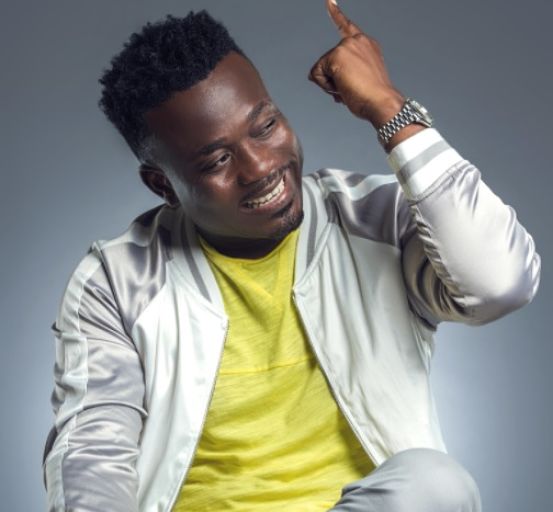 ONE & ONLY: "I'm more ministry-driven," reflects the gospel deejay, who is about to release his sixth solo album.

IN the Old Testament book of Daniel, there’s a verse about enduring the refiner’s fire to emerge as pure gold. At this stage of his personal and professional lives, that’s exactly how Prodigal Son feels. To that end, he has titled his latest studio album, Pure Gold, best described as a melodic testament to struggle, endurance and emerging whole on the other side.

For the veteran gospel deejay (né Calvin Whilby), the past few years, fraught with challenges and rife with speculation about his allegiance to the Christian faith, have had him on quite a rollercoaster. Sitting inside the lobby of the Knutsford Court Hotel on this warm and golden Friday morning, he looks and sounds like a changed man. He chooses his words carefully, he’s way more introspective than usual and he’s quite elated to have a hot new CD ready to take the gospel music scene by storm.

So, in his own words, how does he feel about finally emerging from the refiner’s fire? What makes him justifiably comparable to pure gold? “I am a more mature Prodigal Son. More driven, more focused and committed to the word of God and nation-building. I’m all about empowering youths and just people in general,” he says, with a hint of seriousness in his voice.

The past few years may have seriously tested his mettle, but in retrospect, he considers it all as part of a greater universal plan designed to boost his resolve. “I don’t have regrets because I never lose anything. I win or I learn,” he admits. “But I wish I had the opportunity to win more souls. That would be my only regret.”

Prodigal Son does have a powerful, life-changing testimony, one that spans his transformation from guns and gangs to God and the gospel (he got saved in 1999) to his ascension in the entertainment industry as one of the pioneers of dancehall gospel. He wants to set the record straight that he never changed his stage name to ‘Prodi’, as the gossip mill would have you believe. “Prodi is just a shortened form of Prodigal Son. Most people just call me Prodi, so it wasn’t a name change. I always kept my original stage name,” he explains.

The painful moments have been many, he readily concedes, but his firm belief in a Higher Being empowers him to keep rising above the hurdles and winning against the odds. “There have been disappointments, but at the end of the day, I believe God has ordained my life,” he emphasizes. “What happened had to happen, and I look forward to what God is gonna do. I look through the windscreen and not the rearview.”

So you totally understand why he’s so pumped up about releasing Pure Gold and hosting a big concert and launch party-style celebration on the night of October 21 at Jamaica College, where several of his industry peeps will join him on stage.

Pure Gold is no ordinary album. “This is my praise-and-worship album, giving God thanks for what he has brought me through and celebrating 18 years in gospel,” says the deejay, whose previous full-length releases includes 7699, Songs from My Midnight/Break of Day and Radikal Prodigal. “It’s more of an upbeat album, filled with empowerment. It’s encouraging people to praise.” He singles out tracks like “Public Praise” and “Jesus Bigger” (which features his baby brother Jason Mighty) for special mention. Kevin Downswell and Chevelle Franklin also make guest appearances.

Living legend and veteran collaborator Danny Browne is the producer Prodigal Son trusted to deliver some fiery tracks that would announce that he’s back to reclaim his throne. For his part, Browne believes they’ve accomplished something magnificent. “I think this is his best work to date. The maturity is evident. As gospel ministers we go through stuff, and God has taken him from nothing to something,” Browne tells us from his seat across the table. “As he said, he’s been through the refiner’s fire and has come out as pure gold.”

During Prodigal Son’s absence from the gospel scene, we witnessed the rise of Downswell, Jermaine Edwards, Rondell Positive, and other fired-up Christian soldiers and ministers. Now that he’s back in the mix, Prodigal says it’s all love. “I support all my musical brethren. The baton must be passed on. It is not about who is at the front. We all want to spread the message,” he assures us. “It’s never a competition in the back of my mind.”

Working with a fresh crew dubbed Main Street Production, Prodi is anticipating that this latest chapter of his musical journey will yield his greatest successes yet, commencing with the new album and concert launch. “I’m ministry-driven right now, and I want to put all my energies into ministry in Jamaica and across the world,” he points out. “I personally believe that in 2018 gospel will be at a different level. We all have to just step up and make that change.”