KINGLY CHARACTER: At 62, leading man Earle Brown is fully committed to theatre and having the time of his life 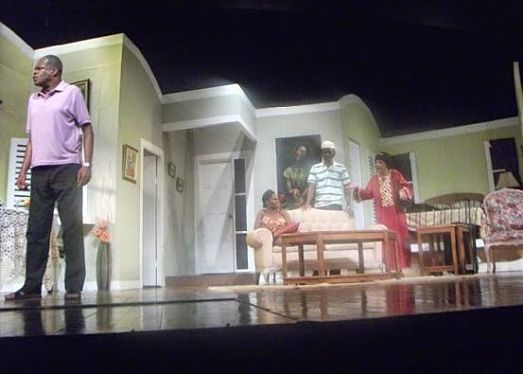 TRUE GRIT: Earle won raves for his turn as a strict father in Forbidden.

SOME iconic actors, industry veterans who directors and younger actors would give an arm and a leg to work with, are so good at what they do that they deserve household-name status. Count Earle Brown among them.

This season, the leading man who brings a commanding presence to every role he inhabits, can be seen doing just that in David Tulloch’s remount of Wine & Roses, playing Rosie Murray’s estranged and ill-tempered husband Edgar, who comes back begging a second chance.

For Brown, the character’s stark realities hit very close to home. “It is a challenging role because you’re not just playing an estranged husband but a dying estranged husband,” he says of becoming Edgar, a man afflicted with a terrible disease. “I lost my only brother to the disease about two years ago and I’ve lost friends to it. So I could draw on those emotions.”

Brown possesses a knack for bringing to life strong, alpha-male Jamaican men grappling with deep-seated emotions – and he makes them palpable. In Basil Dawkins’ Forbidden, for instance, he’s the disapproving father coming to terms with his own pride and prejudices. In Dorothy Cunningham’s Boiling Point, he owns every scene he appears in as a husband fed up with his disloyal wife, while concealing a shady past. “Theatre is an avenue of expression that I really enjoy, but I still need a lot of work,” he admits, laughing.

As it turns out, the stage has been a medium of both talent showcase and training ground for this somewhat reserved 62-year-old natural, who landed his first role back in 1978, when popular playwright Ginger Knight spotted him on the job at Seprod and insisted that he come to auditions. “It was just by chance that he was there talking to my boss. He asked me if I’d done any acting. He said he saw something in me,” Brown remembers.

Following a successful audition, he landed the role of an insurance agent in Knight’s comedy-drama Underwriters Undercover. The stage has been a second home ever since. Today, Brown’s rundown of creative collaborators (producers, directors, writers) is quite impressive, including everyone from the late Perry Henzell and Louis Marriott to Basil Dawkins, David Tulloch, Cathy Levy and Patrick Brown. 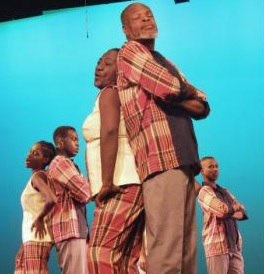 A father of two (with two grandkids presently living in Canada), Brown eventually left Seprod to work with the Betting, Gaming and Lotteries Commission (BGLC). He’s now retired and, when he’s not working on a show, can spend more quality time with Miss Hyacinth, his wife of 37 years. He’s also retired from the NDTC Singers (at right). “I did my last season in August,” he reports.

So he’s happy to be giving greater focus to his acting career at a time when Jamaican theatre is on the upswing. “I think theatre is alive and well when you look at the fare,” he tells us, seated inside the foyer of the Phoenix Theatre in New Kingston. “People have a choice of where to go. The professionalism is there and the actors are good.”

Up next for Brown is a yet-to-be-confirmed appearance in Dawkins’ next show, opening December 27 at the Little Little Theatre.

And in case you think he is stern and unapproachable, that’s not the case at all. It’s just that natural Mufasa look. “I’m a fun person. I like to kid around. I enjoy a good joke. People always say I seem stern, but it’s just a look. I’m a very fun person,” shares the tall and sturdily built actor. “God has been good to me, so I choose to enjoy life. I have to give him thanks. I have an attitude of gratitude.”