ON THE HORIZON: National Honours & Awards recipients look ahead to what’s next 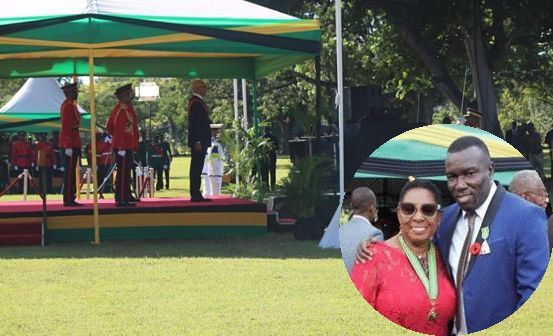 On Monday, the grounds of King's House, as is customary, played host to the National Honours & Awards ceremony. TALLAWAH was amidst the elegance and elan, as scores of outstanding and well-deserving Jamaicans were honoured for service to country. We spoke to a few noted names to hear about their new and future endeavours/

Dr. Paul Pennicook, former Director of Tourism
After serving the Jamaica Tourist Board as Director for the three years (2014-2017), Paul Pennicook demitted office this past summer, but he remains staunchly devoted to the tourism industry. “I’m not leaving hospitality. I’m now working as a consultant in hotel operations and destination marketing,” says Pennicook, whose JTB contract ended in August. For outstanding and dedicated service to the tourism industry, he received the Order of Distinction (Officer Class). He’s optimistic that the staff will continue the work he started. “When I left there, we were on a roll. We had record arrivals, and we left a plan in place,” he shares. “I certainly hope we can maintain that momentum and take the work to another level, and I’m certain they will.”

Theodore ‘Tappa’ Whitmore, Reggae Boyz head coach
“We are a work-in-progress but the squad is looking good, so I’m expecting great things going forward,” Whitmore tells TALLAWAH moments after being presented with his Order of Distinction (Officer Class) for contribution to sports nationally and internationally. “Right now I have my concerns; there are certain things that need to be addressed, but let’s wait and see. We have a new president, and I’m confident that he’ll do a great job. We’re looking forward to playing another international friendly to close out the year, and then we’ll begin the real programme in the New Year.”

Michael ‘Stringbeans’ Nicholson, Actor and JCDC stalwart
For long and dedicated service to the Jamaica Cultural Development Commission (well over two decades and counting), Nicholson received the Badge of Honour for Long and Faithful Service. “It means that somebody has been paying attention to the work I’ve been doing at the JCDC all these years. I’m excited and honoured, and I keep using the word elated, but that’s exactly how I feel,” says Nicholson, now 55 years old. The work continues. He might be heading overseas later this year with his Bad Breed castmates, and there’s some major planning to do for December’s ‘Fireworks on the Waterfront’ to close off the year in spectacular fashion. “It has been an up and down year for me,” Nicholson admits. “I had some health issues to attend to, but I’m feeling much better, much healthier.”

Rosina Moder, musician and music educator
Working with her talented students and doing research on Jamaica’s unheralded composers is all in a day’s work for Rosina Christina Moder. Now a member of the Order of Distinction, in the rank of officer (for contribution to the development of Jamaican music and the preservation of its history), she feels newly energized to do the work that she’s so passionate about. “My new passion is doing research on Jamaican composers whose work has never been documented. We are being funded by the Jamaica National Foundation, so we have a website that’s a work-in-progress and we’ll be producing a book at the end,” she says. In addition to lobbying for scholarships and other financial aid for students to study music at the college level locally and abroad, Moder is organizing a couple of free concerts for November, which will feature acclaimed German organist Gabriele Schenkel (currently in the island for workshops) at the Kingston Parish Church and the Spanish Town Cathedral.