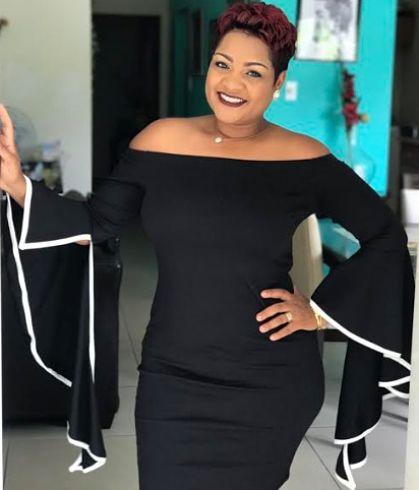 TAKING CONTROL: At 32, Murdoch is a business owner, wife and cruise excursions pro who has visited India, Alaska and South Africa.

YOU just never know where life will take you. Literally. Just ask Jodianne Murdock, a thriving businesswoman who spent over a decade working in the tourism industry. She got to see much of the world working as shore excursion manager who sold cruise tours sailing to all parts of the globe. Lucky girl that she is, she spent six years sailing around the world with passengers, visiting ports of call in South Africa, Alaska and such exotic locales.

A trip to India proved life-changing. On a bus to the Taj Mahal, she met an Indian tour guide who offered to read her up and tell her what her future would be like. As Murdock recalls, he was right on the money. He told her that by the time she hit 30, she would be a successful businesswoman and happily married.

Today, sitting on the Jamaica Pegasus balcony that overlooks the crystalline swimming pool, the 32-year-old Murdock is a bonafide success story who looks the part, with the requisite confidence and impressive résumé to match. She is here with her husband Kenito (they tied the knot in 2010), her business partner and biggest supporter. “The Indian man was very accurate about him,” boasts Murdock, impeccably turned out in a business-chic pink-and-white ensemble, with a cropped platinum hairdo.

“What I admire most about her is her ambition. I’m very proud of her,” Kenito says in return.

He can say that again. After bidding farewell to cruise ships and the high seas, Murdock decided to go into business for herself, but she had no intention of giving up the north coast. Still living in Ocho Rios, she started a company called Zedoj (her pet name turned backwards), which over the course of seven years has blossomed into an event planning and management enterprise, complete with a restaurant (Zedoj on the Ridge, based at the Mystic Ridge Resort) and an auto arm, which lets her indulge her passion for motor sports and help customers improve the performance of their vehicles.

“I never saw myself as a woman in business growing up, but I knew I had skills to do great things, and one success led to another,” says Murdock, who attended St. Hilda’s High and Westwood High before moving on to the Brown’s Town Community College, where she won a scholarship to go study Media Production at New College in Nottingham, England.

Boasting a diverse work history, she spent seven months working with Digicel as a business accounts manager. But she couldn’t’ escape her destiny. Zedoj was her calling. “I started out doing baby showers and parties, and things gradually got better to the point where we’ve been hired by Moon Palace Jamaica and the US Embassy for their July 4 celebration,” she reports. “We’ve grown and maximized step by step.”

From as far back as she can remember, Murdock (whose mom, Norma, is co-owner of the restaurant side of the business and whose father operated an auto parts store) has always been a self-motivated go-getter. “I spent a summer in New York with relatives one year, and I earned about $700 in tips packing bags and carrying groceries. I felt so happy and satisfied doing that,” she recalls. “So it started from there.”

Murdock knows she still has a long way to go on her personal journey, but with the lessons and experiences, skills and expertise she’s accumulated, she wants to now push other young entrepreneurs to pursue their dreams. Enter the Red Tie & Stiletto initiative, through which she hopes to provide mentorship via workshops, seminars and other events in the hope that young businesspeople will leave feeling empowered to become success stories. She’s already staged a first event, hosted by Moon Palace, which came off satisfactorily well.

Corporate Ocho Rios, she feels, could do with a breath of fresh air, and there are signs that the populace is open to progressive change. “Corporate Ochi is ancient. It’s the usual. But they see what we want to do with this initiative, and the general feedback is that for a first event, it was a strong start, and they will be attending the next event.” 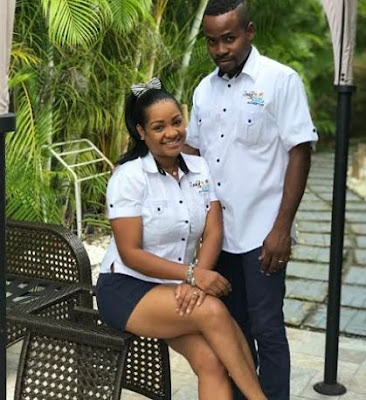 Looking ahead, Murdock is super-excited about the road not taken. She wants Zedoj to grow into a global events management company known for providing top-quality service “from the simplest event to the biggest function.”

With her plump physique and five-feet-five-inch frame, Jodianne Murdock radiates self-assuredness and an overall vibe that’s simply appealing and confirms her status as a woman confident in her abilities and has at last found her niche. “The thing is a lot of people shy away from going after what they want. I was a procrastinator growing up. But from travelling the world I learned and experienced things that changed me,” she admits. “So now I’ve decided to use my experiences to make a difference. Between me and my husband, the plan is always to start in one area, master it and then move on to other areas.”