TAKING HOLD: Unbound reels you in with a captivating look at crime, revenge and justice 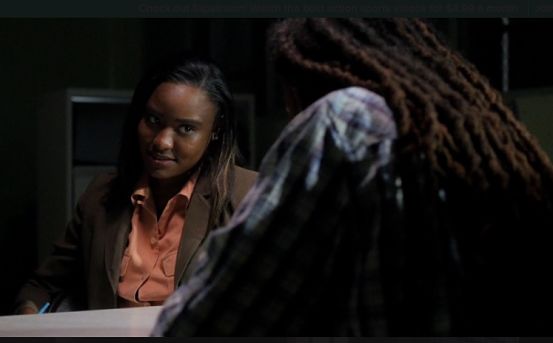 YOU see their faces plastered on bulletin boards, at the police station and on the nightly news – young girls who’ve gone ‘missing’. Some eventually make it back home safe and sound, others are not so lucky. The excellent Jamaican short film Unbound is about these unlucky ones – rape victims who emerge from their ordeal badly scarred and fighting to remain among the living.

Written, directed and produced by David Johnson and Alecia Dawkins, the film weaves a realistic, frequently jolting, sometimes suspenseful tale about the scourge of gangs and criminality, resilience and family honour. But, on a deeper level, it vigorously delves into dark and disturbing themes of human trafficking, sexual violence and vigilante justice.

One of the strongest contributors to the film’s success is the sharp central performance given by Stephanie Hazle, a versatile stage actress known for her spark-filled turns in dramedies and musicals. In this thriller-drama, she transforms into Mia Richardson, a no-nonsense CISOCA detective who is investigating her toughest case yet. As we learn, two weeks earlier, a young woman was picked up by a cab at a party in Negril. But she never made it home. She was later found raped and badly beaten and has been confined to a coma.

Richardson – pretty, shrewd and tough-as-nails – is determined to find those responsible and put them behind bars. Trouble is, the girl’s brother, a “soldier” named Roman (Kevin-Sean Hamilton) is not waiting for the law to take its slow course, embarking on his own personal crusade, which leads him to a group of low-life gangsters, who he puts out of their misery, Rambo-style. 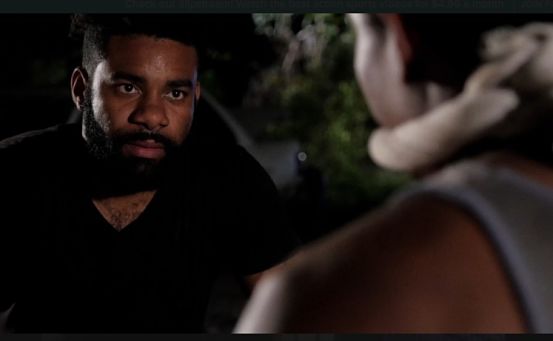 Things get even more complicated when Mia learns of a sex-trafficking ring preying on little girls, and before long she’s on a collision course with the criminals. But what Mia never expected to discover is that she shares a deeply personal connection with this particular case, forcing her to confront a sad chapter of her past.

Kaleb D’Aguilar (as police informant Big Ice), Pepita Little (playing a counselor) and John Chambers (as the notorious Rimma) round out the main cast.

The filmmakers deserve kudos for taking such difficult and touchy subject matter and elevating it into a piece of art that hits hard. (Some scenes are very uncomfortable to watch.)

In the end, Unbound, clocking in at close to half-an-hour, is one of those short action-packed films that worms its way under your skin and gets inside your head. Fortunately, it’s a well-made film that delivers the requisite emotional payoff. Tyrone’s Verdict: A-