GOSPEL SPOTLIGHT: Glacia Robinson and friends look to end 2017 on a high with two-night gospel ‘Experience’ 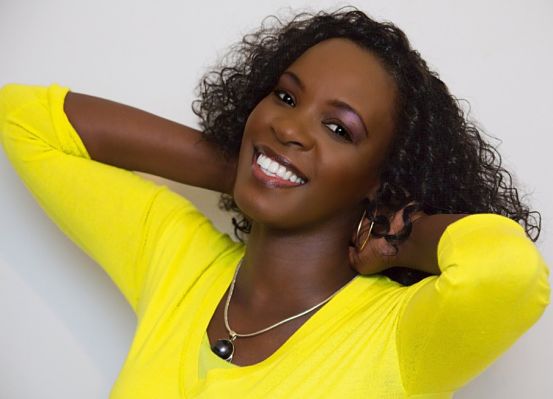 THE BRIGHT SIDE: The songbird has assembled an all-star lineup for her year-ending concerts.

AFTER the memorable year she’s had – crowdpleasing concert appearances, hot new tracks, being one of the last Jamaican personalities to be interviewed by Ian Boyne – there’s nothing Glacia Robinson wants to do more than to show some gratitude and keep counting her blessings.

To this end, Glacia Robinson Ministries has teamed up with GT Sounds Ltd to put on The Experience: The “I Rise” Edition, a two-night gospel showcase set to electrify audiences in separate Jamaican towns (Mandeville and Spanish Town) and bring the curtains down on 2017 with some praise-and-worship fire.

The US-based singer-songwriter, who shot to fame in 1998 after winning the JCDC National Gospel Song Competition, has assembled a bunch of gospel industry A-listers to help her celebrate. Leading the charge are Prodigal Son (who released his latest album, Pure Gold, in October) and Rondell Positive, one of the fastest rising acts to come on the scene in recent memory.

At the Mandeville show (scheduled for December 26 at Manchester High), Robinson, Prodi and Rondell (left ) will be joined on the lineup by Keesa Peart, Carey Sales, Shawn Warren, Anointed Musicianz & Singers and Kevin Downswell. The Spanish Town concert (December 30 at the Prison Oval) will feature Praise Academy of Dance, Christina Roshay and Noreta Lewis. (Only Robinson, Prodi and Rondell are billed to perform at both concerts, being emceed by NCU FM’s Basillia Barnaby-Cuffe and Arnold Kelly.

Robinson gave gospel lovers a sneak preview of what they can expect during her brief stint at Monday’s NCU FM praise party inside Mandela Park in Half Way Tree, where she reminisced about her interview with Boyne and recapped aspects of her life-changing testimony.

Part proceeds from the concerts, she noted, will benefit the Percy Junor Hospital in Spalding, Manchester. Sponsors for The Experience include Jamaica Broilers, Wata and Bigga. For tickets call 860-0064 or 901-5529.