TRUE ORIGINAL: At 54, Glen ‘Titus’ Campbell cherishes his evolving success, his blended family and the view from the top 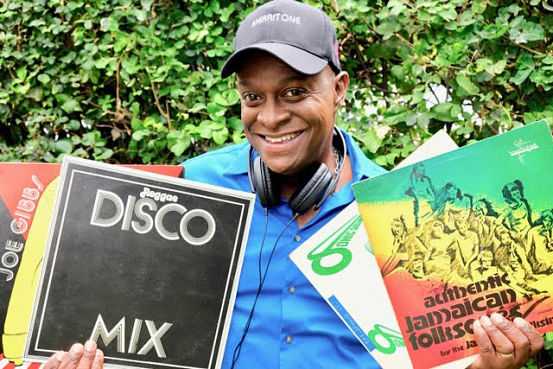 THE MUSIC MAN: "I am enjoying this time of my life," shares the actor and new grandfather who just added another Actor Boy trophy to his collection.

Celebrating three-and-a-half decades of starring in stage hits, Glen Campbell is still at the top of his game after all these years. But there’s much more to him than accolades and wooing audiences. In a TALLAWAH exclusive, Campbell (currently starring in Right Girl, Wrong Address) dishes on his DJ skills and life at home with the family.

IT’s a truth internationally acknowledged: Glen ‘Titus’ Campbell steps on stage, utters a few lines and the audience erupts in laughter. Campbell has been tickling the funny bones of Jamaican showgoers for well over three decades now, building an illustrious career that spans theatre, television and film, to the point where he now stands, at age 54, as the most award-nominated Jamaican actor in history. (Did you know that Campbell has been up for an Actor Boy Award almost every year for the past decade and has been nominated for a Thespy every season since 2011?)

Sure enough, his turn in Right Girl, Wrong Address (now playing at Centrestage) saw him returning to the race yet again. In the brilliant play, penned by Patrick Brown, Campbell plays Ricky Pine, who runs a music production company with his kid brother Adam (played by Akeem Mignott). Ricky loves his liquor, and it’s one of the most fun aspects of the character for Campbell. “I enjoy playing Ricky. I mean, I’ve played drunks before and the best part is finding the nuances each time that are different from anything I’ve done before. But this one is a constant alcoholic, which made the character a lot more fun to play,” he explains one evening at Centrestage after wrapping another performance.

For costar Keniesha Bowes (who plays Nicey, a feisty cleaning lady who catches Ricky’s eye), Glen is simply “the best”, an actor who moves between the comedic and the dramatic with relative ease. Rosie Murray, who did numerous projects with him back in the day (including the 90s television hit Titus) looks back on those days with fond memories. “Filming Titus we had so much fun, especially that Gilbert episode. Glen has always been amazing fun and very, very disciplined. Those were the good old days,” Murray tells us over the phone, even recalling their very first collaboration, for a Barbara Gloudon-penned piece called Rabbit Punch at the Jonkanoo Lounge.

Of course, Glen, too, looks back on his halcyon days in showbiz with memory-lane fondness. What was he like back then? “I just remember my youthful exuberance, thinking I could do everything and play everybody’s role, to my own detriment at times,” he recalls, with a little laugh. But up to last season, in Frank the Freak, Campbell was tackling multiple roles with mucho gusto. Fresh, funny, with expert comic timing.

What keeps him going after all these years? “My audiences. Regardless of the fame and the popularity, the travel and the income, it’s my audiences. The man on the street who comes up to me to tell me about a show he saw years ago and can’t forget,” he says. Acting is also therapeutic for the leading man. “Even if I’m having a bad day, just coming to work and going on stage makes me feel totally different. Once I go on stage, the bad feeling and the stress just disappears,” he tells us.

Another source of therapy? Music. In case you didn’t know, Campbell is a part-time disc jock (we didn’t get to ask if he has a musical alter ego), who has been honing his skills and playing more and more events in recent times, even collaborating with big shots in the game like Winston ‘Merritone’ Blake. “It’s another great love of mine. I’m usually playing with Merritone on a Monday night. We’ve done shows at The Deck and 100 (the new Hope Road hotspot). I work out my new mixes at home, so I have a lot of fun at these gigs,” says Campbell, who continues to add new DJ equipment and albums to his stash at home. 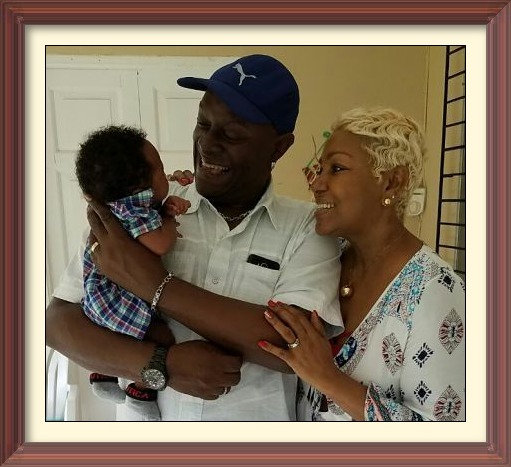 It’s a home he shares with Maxine, his wife of just two years. They made a rare public appearance at the Your View Awards (YVAs) last month, and a lovely picture of the couple was snapped for Page 2. Recalling their wedding day, Campbell says it was “a low-key affair” attended mainly by relatives and close friends. A devoted patriarch, he enjoys tending to his blended family (including two stepchildren). In December, his 28-year-old daughter Chaynae gave birth to her first child, a son – Glen’s first grandchild.

How does he feel about becoming a grandpa at the tender age of 54? “I think it’s about time,” he quips. “The family has grown, the family is still growing, and I like that. I am enjoying this time of my life.”

Glen Campbell will be the first to admit that he has a lot to be grateful for, not least among them his healthy, beautiful family and a career in theatre that keeps rewarding him. (At press time, he was named Best Supporting Actor for Right Girl, Wrong Address at the Actor Boy Awards.) “To see how much he’s grown, I remember those early years with pride,” says Rosie Murray.

It’s these kinds of acknowledgements that make Glen (who now serves the 20-year-old Jambiz Productions as an administrator) feel truly accomplished. He lives to make his patrons and his peers proud. And he’s still as passionate about the work as when he just started out. That perhaps explains why the accolades keep piling up. “Being nominated almost every year now for the Actor Boy Award says something about the level of work that I’ve been producing,” offers Campbell, whose tally of productions now surpasses the #70 mark.

He pauses, as if collecting his thoughts. “Apart from the body of work, the greatest thing for me is having everybody recognize you across Jamaica,” he says. “Having household-name status. And being rated among the best.”