BLESSED BE THE PEOPLE: The Parables thrills with stunning visuals and show-stopping musical numbers 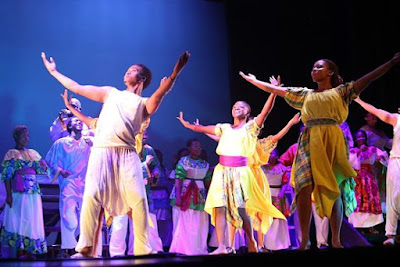 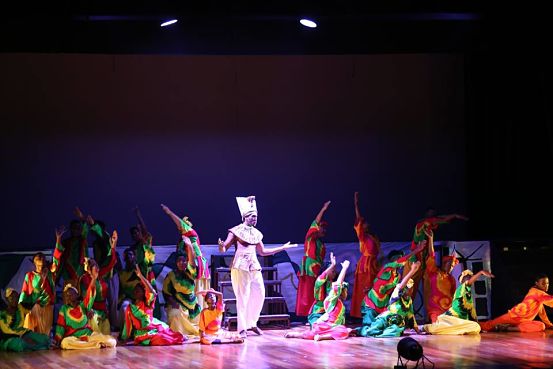 IF nothing else, The Parables proves that Father HoLung & Friends do not need a big budget or parting-the-Red-Sea spectacle to put on a great show. Full of rousing musical numbers, highly commendable acting performances and appealing visuals, their latest theatrical production is an enthralling, entertaining smash that’s all the more remarkable for its utter minimalism, a surprising simplicity.

In crafting this 47th anniversary show, what HoLung and ace director Greg Thames have done is draw on a handful of New Testament parables and other popular Biblical lore and elevate them into anecdotal narratives charged with empowering lessons for today’s generation. So the retelling of a story like The Rich Man & Lazarus explores not only ugly human nature; it also teaches endurance and forgiveness.

Also highlighted is the healing of blind Bartimeus, the driving of the demons from the possessed boy, the return of the prodigal son and, most dazzling of all, a show-stopping showdown between Moses and Pharaoh, played with great menace and heft by Hanief Lallo.

But at the centre of all the action are three brethren on a soul-searching journey of truth: the newly healed Bartimeus (Daniel Dailey), a man named David (Leighton Jones) and money lover Bigga (Carlos Henry).

The show’s second half, meanwhile, brings a mélange of stirring, popular tunes that Father HoLung & Friends have delivered in their sold-out productions over the years, with such highlights as “Praise Him,” “Building a House,” and “I Will Serve You,” beautifully rendered by an all-male quartet.

Marcelle Thomas’ creamy alto is a delight as she performs the solo “Feed the People” and Rohan Jacques is in his element as he takes the lead on the big choral numbers, which climax with a sprightly, bring-them-to-their-feet version of “The Lord is My Shepherd.” Musical Director Wynton Williams deserves mighty kudos for a job well done.

In the end, The Parables (boasting some gorgeous costumes and inventive choreography) is a well-lit and winning blend of updated Biblical drama, humour, simple striking visuals and lush choral harmonies. Tyrone’s Verdict: A-