FAMILY MAN: Artistic growth and a firm home base are key to Agent Sasco’s success 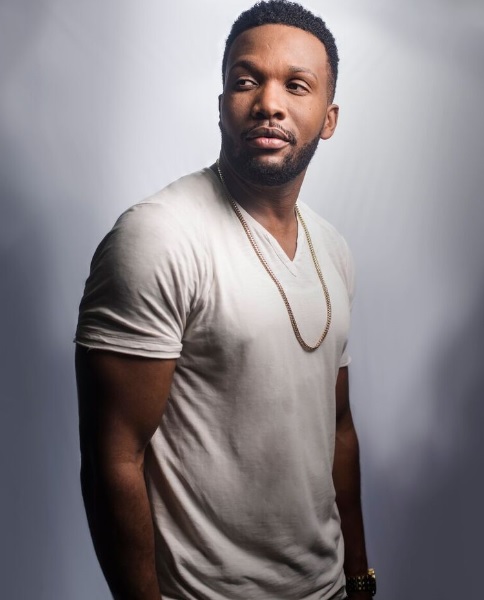 HEAD STRONG: "I have grown a lot as an artiste," the deejay says, "and the growth is reflected in my music."

Like the true artist, Agent Sasco is busy pushing himself to the heights of his creative powers. In a TALLAWAH exclusive, the 35-year-old recording star talks about releasing his fourth album, Hope River, why his best days are ahead of him, and how family keeps him grounded.

JEFFREY ‘Agent Sasco’ Campbell is not due to hit the Reggae Sumfest stage for another hour or so, but here he comes with a mini-entourage in tow, pushing the air with his shoulders to check the temperature of the venue, which is warming up for an electric good time. Tall and just as robustly built as the last time we saw him, his alpha swagger is effortless. A man in full. And, evidently, an artiste who believes in punctuality and giving the fans what they came for. And so he does.

Working the stage for close to 40 minutes, Agent Sasco has no difficulty winning over the swelling sea of patrons, who help him belt out the catchy and well-loved tunes that have come to define his ever-expanding career. Impeccably dressed in all-black with a regally sparkling dress shirt underneath, he intersperses his set with anecdotes from his fascinating journey and shares the inspiration behind some of the songs. He has our full attention.

After nearly two decades of making hits and rocking concert stages across the globe, the artiste formerly known as Assassin, still possesses that mysterious charisma, self-assured delivery and all-around appeal. It’s a combo that’s serving him well as he takes his artistry to higher heights.

And that means continuing to churn out great albums. In fact, the next record is due out on August 31. Boasting 14 tracks, Hope River is the follow-up to The Theory of Reggaetivity, which further solidified the deejay’s place among the most versatile storytellers working in the contemporary dancehall arena. But here is an artiste, four albums in, who declines to draw comparisons between his projects. “We try not to compare them because each one is its own entity,” he tells me. He’s now changed out of his performance gear, wearing a black tee and jeans.

Though the comparisons and contrast are inevitable, Agent Sasco is simply thrilled that his longtime supporters will get to reacquaint themselves with his sound and his mission and that the new fans will get a solid introduction to what he brings to Jamaica’s musical melting pot. “The album is just a nice mix of rootsy reggae, dancehall and some feel-good vibes. It’s material that I am really proud of,” he shares.

Hope River was recorded at his brand-new home-based studio. It doesn’t skimp on the collaborations, drawing guest appearances from Tony Rebel, Tessanne Chin, Spragga Benz and a host of other marquee names. Most importantly, the deejay feels the artistic growth that the album showcases is its strongest asset. “I’ve grown a lot as an artiste. I can comfortably say that. And the growth is reflected in my music,” he admits. “I have a different outlook, a different perspective on certain things, and they align with my beliefs. I’m thinking outside the box a lot more, and it has to do with more than just music.” He can say that again.

At 35, Jeffrey Campbell is juggling a hot recording career with raising impressionable young kids and keeping the flame alive in his marriage to a leading lady who is just as passionate about achievement as he is. Nicole Campbell, widely known for her stellar work with AIM Educational Services, is also the deejay’s number-one fan. In conversation, his continued evolution and success in a tough industry brings a smile to her face. She can’t help it. “I’m so excited that he’s rising to the calling on his life, and that his music is still reaching the fans,” she tells TALLAWAH, enjoying the Sumfest vibes among the mini entourage that also includes Agent Sasco’s sidekick, Rodney. “For me, it’s very important that he exceeds his own expectations.”

If Sasco feels pressured to meet and surpass those expectations, he’s not showing it. For one thing, he refuses to label the life/work dynamics that demand his daily attention as a balancing act. “I don’t see it as something I have to balance. Music is what I’m passionate about, but my primary responsibility is with the family,” he explains. “I have a duty to my music and to my fans, but I have my greatest obligation to my family.”

In addition to Sasco and Nicole, the family home is made up of three kids (ages five, seven and 12 years old). Unwinding at the crib often means packing them into the studio for movie nights and other fun activities. It’s the family chill spot.

Unsurprisingly, when he reflects on the things he’s most thankful for, the family is at the top of the list. It’s beyond evident that his success story fills him with gratitude. “It’s just a joy,” he says. “I appreciate every bit of the journey, and I give thanks for everything.” And that journey is far from over. “What’s next for me is just to further maximize my potential and pursue continuous improvement,” he says, looking to the future. “I’m still a student of music, so my best days are ahead of me.”