INTO THE WILD: Alpha connects with a riveting story of danger and a boy’s determination 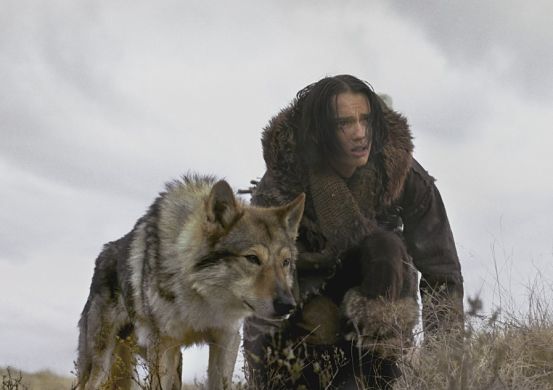 ON THE ALERT: Keda and his friend face a stern survival test in the new movie.

BY the standards of his fellow tribesmen, Keda (Kodi Smit-McPhee) is a softie. His thoughtful mother worries about him constantly because, according to her, he leads with his heart and not his spear. His father, however, shows him tough love. “Life is for the strong. It is earned, not given,” he tells the boy, who refuses to kill to eat.

But Keda soon learns that living in that world you really don’t have a choice.

The teenager is the central character in the deeply engrossing new drama Alpha, the latest in a long line of brutal survival films (including Cast Away with Tom Hanks and this year’s Adrift with Shailene Woodley and Sam Claflin) that are as compelling as they are cringe-worthy.

When he joins his father and the other men on a dangerous hunt for food for the village, Keda’s eyes are opened. After a savage attack by a wild beast leaves him near the bottom of a steep cliff, his father and the others have no choice but to abandon him to make it back home before more lives are claimed. A great snowstorm is fast approaching.

Keda miraculously survives the fall and finds the strength to get up. But now he faces the toughest test of his life.

Forming an unlikely bond with a wolf abandoned by its pack, Keda toughens up. Through merciless wilderness heat and blinding snow, fending off attacks from ravenous hyenas and other creatures, Keda and his new buddy must fight to stay alive.

You feel his pain and are reminded that in certain cultures, these are the kinds of rituals, initiations, youngsters face to prove their manhood and gain acceptance among their people.

Writer-director Albert Hughes expertly ratchets up the intrigue, and the sharp 3D visuals and frequently stunning cinematography pull you into the story. Tyrone’s Verdict: B+

Email ThisBlogThis!Share to TwitterShare to FacebookShare to Pinterest
Labels: 3D Movies, At The Movies, Current Cinema, Flick of the Week, Movie Reviews