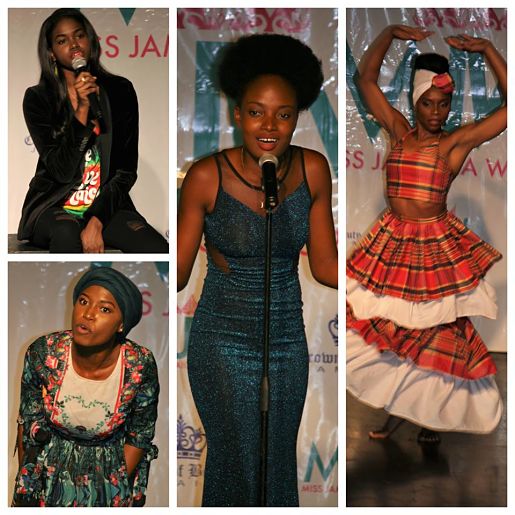 ON Monday night, Miss Hilda’s Wine Jelly, Shanique Salmon, earned the gold medal and an automatic spot in the Miss Jamaica World Top 10, following a triumphant, heartfelt rendition of Adele’s “When We Were Young,” which won the talent portion of the annual beauty pageant. The Phoenix Theatre played host to the event, which drew a full house. The Jamaica Pegasus Hotel will host the grand coronation show, scheduled for the night of September 1.

What audience members enjoyed on Monday night was a first in the history of the beauty pageant. According to co-franchise holder Weston Haughton, the public had never been invited to see the talent performance segment of the competition. While Haughton and business partner Aston Cooke do not intend to completely change how the competition has been run, they are keenly interested in shaking up the formula, putting their own unique spin on things.

“We will be having the usual five fast-track events before coronation night, but there will be no swimwear segment on coronation night. That’s a brand-new change,” Haughton tells TALLAWAH. “We’ll still have the beach beauty contest, but no swimwear will be included at the finale, and that’s the first time that’s being done.”

For the record, Haughton likes seeing their new ideas come to life. “It’s also the first time,” he shares, “that the girls are getting to perform in a theatre to show off the talent.”

And there’s more for the road leading up to September 1. In addition to the usual courtesy calls on the Governor General and other dignitaries, the girls will pay a visit to General Foods supermarket for a brunch with June Wong and her team. Sandals MoBay will provide the setting for a Miss Jamaica Top Model competition. Kool FM will host the ladies for some recording sessions.

Outreach and community projects are also in the works, highlighting the pageant’s core theme of ‘Beauty with a Purpose.’ “It has to be a way of life for the ladies,” says Cooke. “We’re seeking to find a young lady with a passion for service and a love of country. So we’re looking for a very special young lady.”