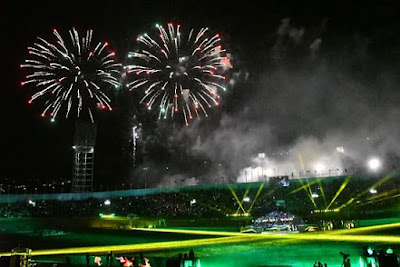 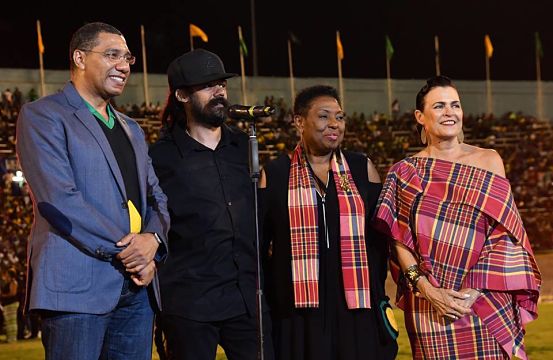 JAMAICA’s annual Emancipendence Grand Gala is synonymous with cultural merriment and the kind of euphoric festivities that packs the National Stadium to its capacity. But it’s also a great occasion to reflect on the eventful journey and to honour the achievements and contributions of some of our most outstanding citizens. People like Richie Stephens, Stranjah Cole and Damian ‘Junior Gong’ Marley.

The iconic musicians were specially recognized with citations and awards during Monday’s #Jamaica56 celebrations, with PM Andrew Holness and Culture minister Olivia ‘Babsy’ Grange on hand to make the presentations.

Stranjah Cole, given that nickname because he didn’t resemble anyone in his family, is a living legend of the ska/rocksteady era, whose biggest hits include “Rough and Tender,” “When You Call My Name” and “When I Call” (with Patsy Todd). He was honoured for his integral role in pioneering the development of ska and for taking it further afield. Richie Stephens was recognized for putting a modern spin on the old-school sound. In recent times, he’s been working out and touring the continents with Italy’s Ska Nation Band.

In the words of emcee Dahlia Harris, these consummate artistes have essentially become “ska royalty.”

Junior Gong, meanwhile, was presented with a Music Icon award for adding a fresh dimension to the towering Marley legacy. Giving a brief acceptance speech, ahead of an impromptu performance, the four-time Grammy winner had special thanks for “the younger generation who inspire us to keep doing what we’re doing.”

With spectacular fireworks and inventively choreographed routines, this year’s entertainment package was second to none. From Festival Song winner Nazzle Man to gospel stalwarts Sister Pat and Kukudoo, the diversity of the acts on show was remarkable.