THAT KIND OF MOTHER: Shocking family secrets get the last word in My Wife’s Mother-in-Law 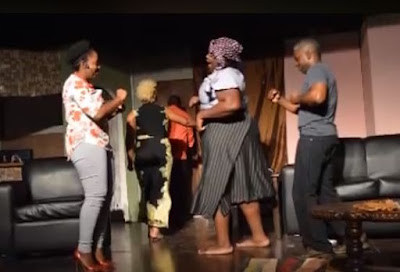 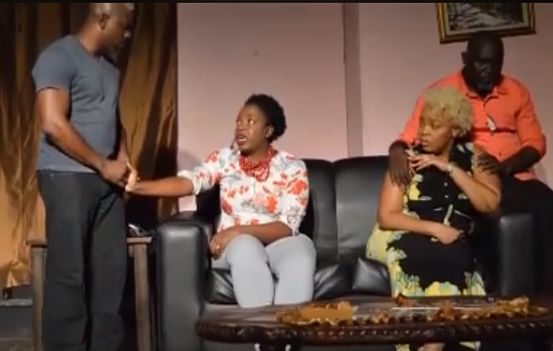 THE TIES THAT BIND: The entertaining production looks at faith and family and friendship.

NADEAN (Stacy-Ann Morgan Duvalier) and Ann-Marie (Kerry-Ann McCarthy) have had enough. Being married to the Powers brothers, Philip (Courtney Enriques) and Richard (Kenroy Rowe), was supposed to bring them happiness, but their marriages have been on the rocks for months, and things are not looking up.

There’s one main reason for that: the boys’ mother, Mrs. Powers (Patricia Martin), a devout Christian and lonely spinster who still sees her adult sons as her ‘babies’ and dotes on them ceaselessly.

In her eyes, her “handsome sons” can do no wrong, but the young ladies they’ve chosen to settle down with are not good enough and will never gain her approval. As a result, she makes life miserable for the girls (especially when they stop by the house), while showering her sons with way too much affection and attention.

Like true mama’s boys, they bask in her love and will do anything to please her – even if that means inconveniencing their wives. Tired of the shoddy treatment and playing second banana to their monster-in-law, the girls give their husbands an ultimatum: it’s her or us. As their eyes start to open to the folly of their ways, Philip and Richard soon come to realize that mommy dearest is not the patron saint she appears to be.

Commendably written by Paula Thompson and directed with a light touch by Pastor Cornelius Brown and company, My Wife’s Mother-in-Law (Freedom Ministry) is a nicely paced and humorous meditation on faith and family, secrets and betrayal, not to mention the compromise and sacrifices that matrimony demands.

Early on, there are moments that lull as the show establishes its footing, but the story eventually finds a groove, buoyed by the appealing work of the cast – especially Martin, who disappears into the role of this momzilla. Tyrone’s Verdict: B