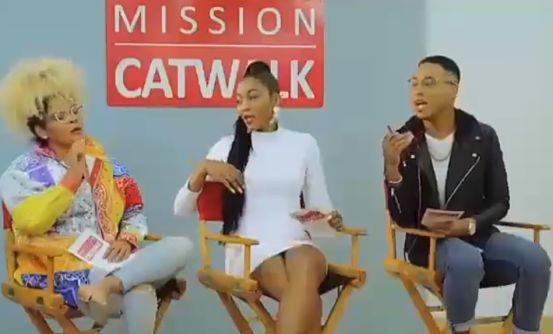 MISSION Catwalk always raises the bar. Last time, fans were treated to the All-Star Edition, and this season (Season 6!), the fashion reality series is unveiling its first Celebrity Edition.

What inspired it? “With fashion design brands and celerity collaborations becoming the new way to stand out in a jam-packed market, successful collaborations can be seen with brands such as PUMA and Usain Bolt, Manolo Blahnik and Rihanna, and Gigi Hadid and Tommy Hilfiger,” explains showrunner Keneea Linton-George in a press release. As such, the hostess and conceptualizer adds, “Design skills teamed up with celebrity influence makes a fitting collaboration for the new season.”

With a winner to be announced after nine episodes, the format will see the celeb team leaders guiding the design process as the contestants navigate the weekly challenges. The champion designer and his/her celebrity team leader will launch a collaborative clothing line at the end of the season, with part proceeds going to a charity of their choice.

“The season,” Linton-George says, “will showcase the dynamic between creative designers and career-driven celebrities.”