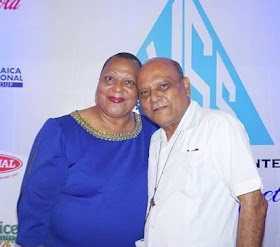 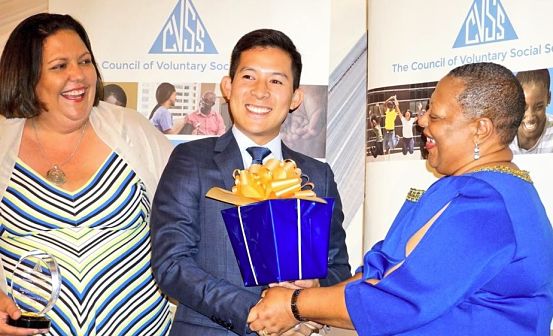 FOR his selfless, inspiring work with the Mustard Seed Communities, which he started with a still-unrepaid $600 loan from Joseph Matalon in 1978, Father Gregory Ramkissoon got his due on Thursday night, when he was inducted into the Council of Voluntary Social Services (CVSS) Hall of Fame, during the well-attended National Volunteer Awards Banquet at the Jamaica Pegasus Hotel.

“It is very important that everybody gets involved,” the Catholic priest said during his brief remarks, urging Jamaicans to give more of their time, talent and treasure to help the country’s less fortunate. “When we put many hands together, the work becomes lighter. It is vital that we improve the community spirit in Jamaica.”

Now serving over 600 kids and young adults (including pregnant teens, disabled and HIV-infected persons), Mustard Seed has grown into an international ministry with some 20 outreach programmes.

Sagicor, known for its vibrant community spirit and corporate social responsibility, was another of the night’s honorees, receiving the award for Private Sector Volunteer of the Year. A group known as Young Women/Young Men of Purpose was presented with the Non-Profit Volunteer Organization of the Year award. The Jamaica Cancer Society (represented by Earl Jarrett and Yulit Gordon) was named CVSS Member Agency of the Year.

Individual awards were also handed out. Sergeant Nickoyon Brown, who runs a schoolboy mentorship programme, exposing kids to “experiences outside of their inner-city communities,” picked up the award for Public Sector Volunteer of the Year. Ardenne High alum Keenan Joseph Falconer, who started D’Yutes, with activities including a regular inner-city quiz competition, was announced as Young Leader Volunteer of the Year.

“You give a little, you get a lot,” is the motto of Marilyn Lilith Williams, a former UK native now living in St. Mary (with over 50 years of volunteer service to her credit), who took home the award for Outstanding Volunteer of the Year.

According to selection committee chair Lady Rheima Hall, the public was invited to submit nominations for all seven categories. The awardees were selected from the 29 shortlisted candidates. “We call for support of the CVSS and their sterling efforts towards Vision 2030,” Lady Hall noted, before congratulating the winners. “We urge you to keep up the good work in the spirit of volunteerism.”

Canadian High Commissioner to Jamaica, Laurie Peters, who delivered the keynote address, says losing oneself in the service of others is the best way to go. “Volunteers are quiet builders and the backbone of every society. In Canada you don’t graduate high school without a certain amount of volunteer hours to your credit,” she told the gathering. “Companies have a lot to gain from corporate philanthropy. History shows that companies are better positioned to succeed in the long run when they contribute to the well-being of their society.”