LIFT OFF: First Man rockets you to the moon with laudable results 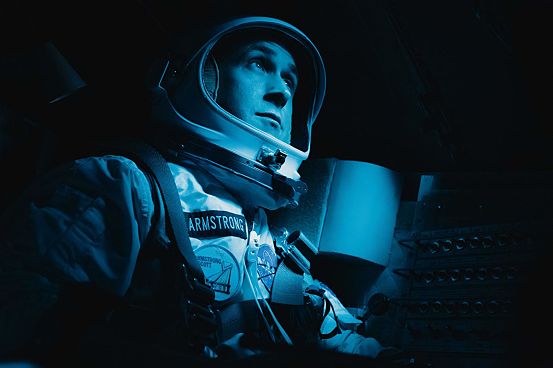 MAN ON A MISSION: Gosling gives one of his best performances as the history-making space pilot.

“THAT'S one small step for man; one giant leap for mankind.” When Neil Armstrong set foot on the moon in July 1969 and uttered those words, the moment signaled the culmination of a decades-long mission by the United States – the American Space Programme – to become the first country to successfully complete such a mission, beating the Russians in what became known as the Space Race.

Directed by Damien Chazelle (La La Land), with a script by Josh Singer, the engrossing new movie First Man compellingly captures the real-life events leading up to Armstrong’s triumph and the ripple effect it had on the world.

Ryan Gosling, who has shown a gift for playing decent working-class types grappling with their toughest challenges, stars as Armstrong, offering a riveting portrait of grief (he loses his young daughter, Karen, to cancer) and quiet ambition (he becomes consumed with the idea of completing the mission).

But he’s a bit of a loner, a man who loves to be alone in his own head. Consequently, he frustrates his devoted wife, Janet (an excellent Claire Foy), who frequently has to put her foot down when Neil’s work gets in the way of family time. Because of his work as an astronaut, she worries about him. It’s dangerous work. Pilots die. Funerals have to be attended regularly. During one simulation exercise aboard a test space rocket, faulty wiring leads to a massive fire in the cockpit, trapping three pilots who are burnt to a crisp.

Unsurprisingly, in the months leading up to Armstrong’s lunar landing, the public outcry over the increasing number of deaths had one constant refrain: Is the space programme worth the cost in money and in lives? Houston, we have a problem. But NASA will not be deterred, and owing to the brilliant minds of the engineers, rocket physicists and scientists, man’s age-old dream of going to the moon was made possible.

Chazelle’s style is spare; his touch very light. Gorgeously filmed, with some impressive special effects, the movie progresses at a steady pace. An ethereal, almost plaintive score accompanies the visuals, particularly those moments in outer space.

A haunting mélange of history and tragedy, ambition and perseverance, First Man (based on the book by James Hansen) is, simply, testament of what can be achieved when man dares to dream. Tyrone’s Verdict: A-

Email ThisBlogThis!Share to TwitterShare to FacebookShare to Pinterest
Labels: At The Movies, Current Cinema, Film Review, Flick of the Week, Ryan Gosling