THE MAN WITH THE PLAN: Netball’s Winston Nevers sets his sights on taking Jamaica’s Sunshine Girls all the way to the top 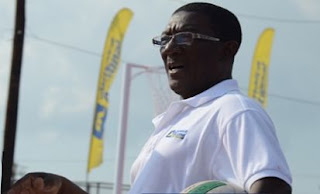 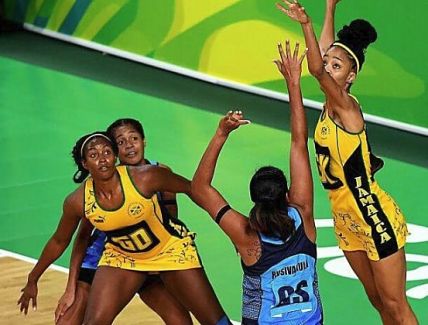 YES, COACH: A veteran of the sport, Nevers has risen to a new level in his career.

WEARING his bright yellow Netball Jamaica tee-shirt and black sweat pants, Winston Nevers is deep in thought as he watches his girls (split into Team A and Team B) play a keenly contested practice match inside the National Indoor Sports Centre on this cool Friday evening. The new Sunshine Girls co-coach (alongside Marvette Anderson) has a talented bunch of girls working with – an impressive mix of newcomers to the senior squad and experienced stars of the game.

Fresh from the Suncorp league Down Under, Jhaniele Fowler-Reid has rejoined the squad, so tonight she’s on-court bonding with such team-mates as Tristina Harwood, Shamera Sterling Shanice Beckford and newly appointed skipper Vangelee Williams.

By all accounts, coaching Jamaica’s senior netball team is the role Winston Nevers has been waiting for; a job he’s perfect for. For many, given his enormous success at the semi-professional club level and his uncanny ability to groom young players into top-class performers (Jamaica’s Elaine Davis, Queensland Firebirds’ Romelda Aiken), it’s a job he should have been offered a long time ago. But nothing happens before its time.

Could also be a blessing in disguise. For one thing, Nevers has spent the last decade and more closely observing the national netball programme, particularly in this post-Maureen Hall era, and he’s seen the strengths and the weaknesses. He knows the players. And he knows what it will take to get the Sunshine Girls to that elusive number-one world ranking.

To this end, in preparing the girls to take on the world’s best, there’s one key aspect of the game he wants to zoom in on. “We have to work on the last part of our game, especially the last ten minutes. When we are playing countries like Australia and New Zealand, it’s not that they beat us because they are better. We stick with them right up until the last part of the game, and then the fatigue sets in, and we start to lose concentration,” he explains, standing by the Leila Robinson Courts, a week earlier, where his team Scotia Bank A is competing in the annual Business House League. “The concentration is poor, and it’s something that’s been plaguing us, and we have to correct it.”

When asked if the Sunshine Girls can win the gold medal at next year’s World Championships, Nevers doesn’t vacillate. Improvements in concentration, combined with appropriate fitness levels and stamina – and all-important team work – is the winning formula. “I believe we can reach number one. That is what I’m looking at. Over the years I’ve been looking at the programme, and I see what the problem is,” he says. “That is why I was glad to join the programme. Not that I’m better than the past coaches, but I see where we fall down and how we can coach the girls properly. Work on the decision-making and the concentration.”

At 61 years old, Winston Nevers unreservedly declares that the sport of netball has been good to him. He looks back on the decades-long journey to this point in his coaching career with memory-lane fondness. “If I was doing football I probably wouldn’t last this long. But what keeps me going is the respect and the support from the people I work with, and I get to help a lot of young players,” the Clarendon-based stalwart explains. “I get a lot of scholarships from Jamalco, BNS and those companies that I work with, and it feels good to be able to contribute to the players’ development in other ways.”

Nevers doesn’t seem the least bit jaded, having been a fixture in Jamaican netball for so long, but has he started making retirement plans? “I think I’m gonna give netball another five years. I want to retire on a high. My aim is to make this Sunshine Girls team reach number one,” he says. “I want to give this [Netball Jamaica] president a number-one trophy because the previous president said she would never allow any men to coach in the programme, and this president come and break that.”

There’s vibrant new energy in Jamaica’s senior netball programme, the veteran coach observes. “There are three new people in the programme – the president is new, the coach is new and the captain is new,” he notes. “We have a young and committed first-time captain, and the players are working well together with her, and so we expect the good results.”

>> The Sunshine Girls take on Trinidad & Tobago on Oct. 7 and 9, ahead of a three-test series against England from Oct. 11-15, at the NISC in KIngston.